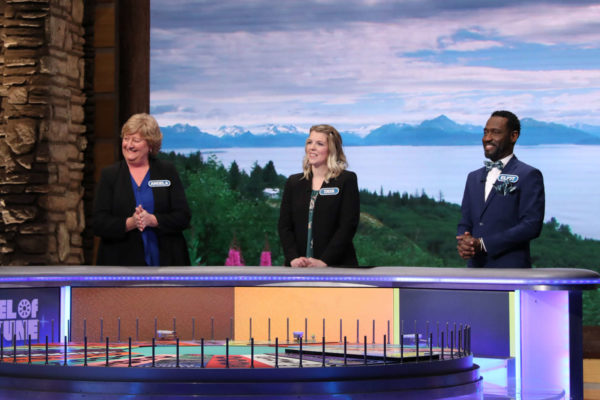 A long-time dream was fulfilled for Vienna resident Angela Ellis after being invited to appear on “Wheel of Fortune” as a contestant for an episode airing this week.

A longtime fan of the game show, Ellis, 58, said she was thrilled when producers finally invited her to become a contestant after she tried out for the spot multiple times.

“I watched it a lot with my mom growing up,” she told Tysons Reporter, adding that her knowledge for the contest came primarily from watching the show, playing games on her iPad and looking through trivia books.

The episode, which will be part of a “National Parks” five-episode series, will air beginning today (Feb. 24) even though it was taped back in January.

As a traveler herself, Ellis said her experience and love for national parks likely helped her land a spot on the show.

Of all of the parks she has visited, Ellis said Acadia, which runs along the Atlantic coastline, is her favorite.

Through the 16-month contestant selection process Ellis said she passed a variety of screening processes that tested her knowledge, enthusiasm for the show and ability to keep up energy while facing challenges.

Once selected, producers invited Ellis to Culver City, Ca. for the taping of the episode.

Contestants are responsible for paying for their own airfare, hotel room and miscellaneous travel costs.”If you really wanna do something like this, it is once in a lifetime,” she said, adding, “It is really worth it.”

On-site in the studio she had the chance to meet Vanna White along with her fellow contestants. “Before the show, Vanna came in to talk to us before she got her makeup or anything on,” Ellis said. “She is very personable.”

Despite the glow of the spotlight, Ellis was shocked by how welcomed and at-ease everyone made her feel. “I couldn’t even tell you where the camera was because I was so focused on the board.”

Because of game-show rules, Ellis won’t be able to appear on the show again but said she had such a positive experience that she’d volunteer again “in a heartbeat” if given the chance.

For anyone hoping to appear on the show one day, Ellis said to never give up and keep trying out, even after the first few rejections.