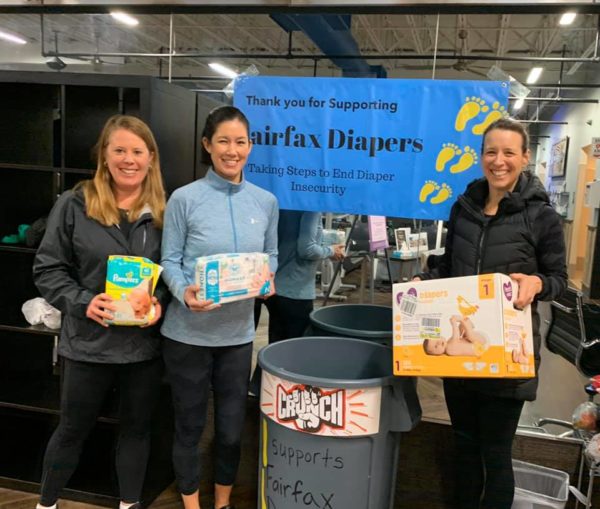 After volunteering with Food for Others, Christine Kenny founded Fairfax Diapers in the Vienna area to help at-risk mothers in Fairfax County by supplying clean diapers.

“I have experienced people try to bargain with me at the food bank, willing to trade their food for diapers,” she said about her time spent volunteering with food banks around the area. “I have fielded calls from frantic new moms desperate for enough diapers to get them through the weekend.”

Organizations that offer diaper support for parents end up giving away roughly 10,000-12,000 diapers a month in Fairfax County, she told Tysons Reporter. Fairfax Diapers is run by Kenny, who is the director, and four other members.

Diapers collected through Fairfax Diapers will be given away locally through organizations such as Food for Others and the Fairfax County Visiting Nurses Association.

The Fairfax County Visiting Nurses Association will check in on around 300 new mothers per month, Kenny said.

From March 2-6, the group will also be hosting a drive at Westbriar Elementary School in coordination with parents, teachers and the student council, according to Kenny.

Though the group does not have a website yet, since the project launched last June, Kenny said people can stay up-to-date by following Fairfax Diaper’s Facebook page.

Going forward, she is trying to find other organizations that want to host drives and form partnerships.