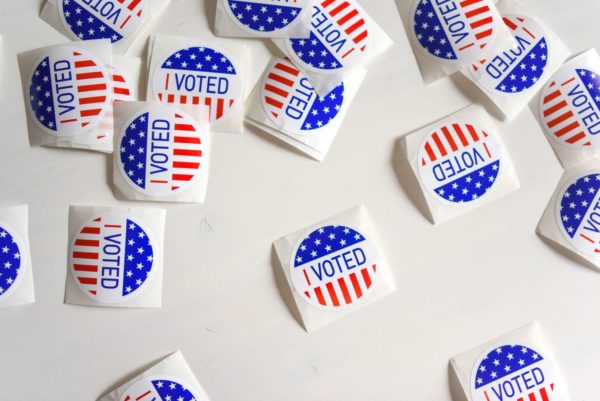 Editor’s Note: Tysons Reporter does not endorse any specific candidate for the upcoming 2020 election.

With the upcoming November presidential elections, several candidates have campaign offices and events in Tysons’ backyard.

The headquarters for Elizabeth Warren’s Virginia campaign located in the heart of  Falls Church at 450 W. Broad Street.

Also this Saturday and Sunday, there will be a phone bank at a Starbucks in Vienna (362 E. Maple Ave) from 1 to 3 p.m.

Every Monday, the MATH Mondays Organizing Night brings people together in support of Andrew Yang’s campaign.  The event begins at 6 p.m. at Urbanspace (2001 International Drive) and lasts until 9 p.m.

Attendees can get involved with the campaign at various levels, depending on interest.

“This includes texting, making calls and writing letters to Iowa voters as well as orientations on how you can recruit your friends and help the NoVA Leadership Team with local events and activities,” according to the event page.

Anyone considering volunteering is advised by the event page to bring their phone and laptop.

Although there isn’t a central office in the area, staffers and supporters of Bernie Sanders are hosting events in the area.

On Sunday (Jan. 26), the Asian Americans and Pacific Islanders for Bernie group will be canvasing at the Lunar New Year Celebration in Tysons Corner Center from 11:50 a.m. until 4 p.m., according to Bernie Sanders’ campaign website.

The Bernie Sanders campaign is also hosting an event around 7 p.m. in Pimmit Hills (2021 Griffith Road) to organize individuals who want to spread knowledge of the campaign to friends and family.

Attendees will walk away with the skills to rally others, according to the event listing.

Photo via  Element5 Digital on Unsplash