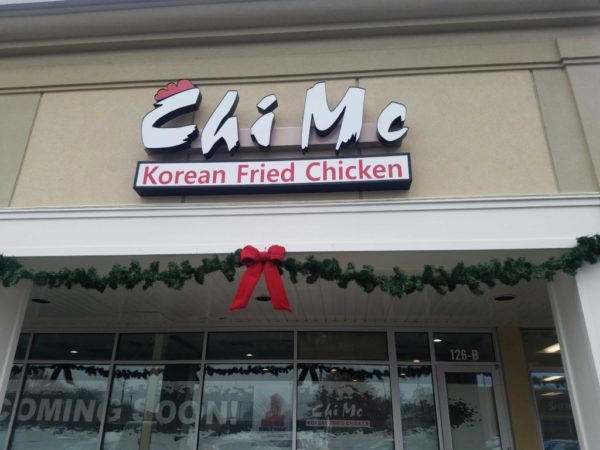 The “coming soon” sign has been outside Chi Mc for a few months, but diners may have to wait a little longer for the eatery to open in Vienna.

Tysons Reporter first learned of the Korean eatery’s plans to come to Vienna via a permit to serve wine and beer in June 5.

Jon Weiss, the vice president of leasing for Rosenthal Properties, told Tysons Reporter that he believes the eatery has faced some permitting delays — “nothing unusual.”

Chi Mc might open at the end of January, Weiss said.

Chi Mc, which means “chicken and beer” in Korean, currently has locations in Annandale, Alexandria and Chantilly, according to its website.

END_OF_DOCUMENT_TOKEN_TO_BE_REPLACED

More Stories
Del. Keam Introduces Vienna Tree Conservation MeasurePoll: How Would You Splurge on a Weekend in Tysons?