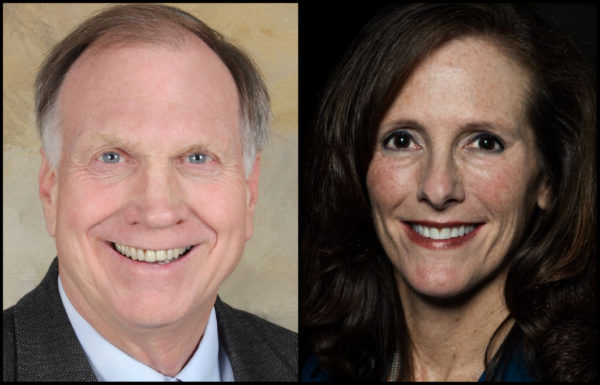 Two Vienna Town councilmembers plan to run for the mayor’s seat in the spring election.

Colbert has been on the council since 2014 and has previously served on the Transportation Safety Commission and Hunter Mill Transportation Advisory Council, according to her town bio.

“I care about the future of Vienna, and I am going to run for mayor,” Colbert said. “I am looking forward to meeting and listening to as many residents as possible.”

Springsteen was first elected to the Town Council in 2009 and has served on the Transportation Safety Commission for eight years, according to his town bio. He currently works for Fairfax County.

Springsteen said last night that he is running to maintain the “small town feel” of Vienna.

“I have a reputation for getting things done and focusing on residents’ concerns and issues,” he said. “I think Vienna should be determined by tax paying residents and not non-tax paying developers.”

Current Mayor Laurie DiRocco announced in December that she will not seek re-election. She was first elected to the Town Council in 2009 and has been the mayor since 2014.

The Vienna election is May 5. Voters will elect three councilmembers and the mayor this year.

Images via Town of Vienna