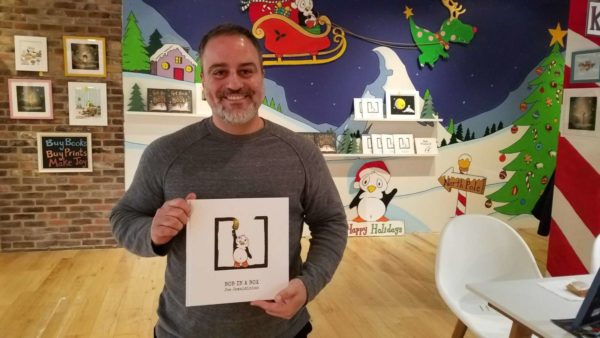 After the success of his first book “Bob Winging It,” he recently decided to write a second called “Bob In A Box.”

So far, Jamaldinian said the feedback has been fabulous. 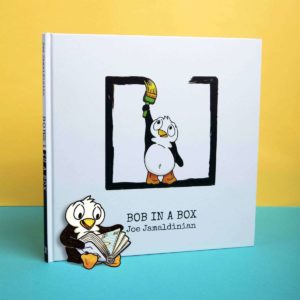 Jamaldinian decided to self-publish his second book after being disappointed in the services provided by his former publishing company.

The artist and writer began drawing penguins for fun because he thinks they are fun and silly animals, who don’t seem to take themselves too seriously.

While working at his previous job, people noticed Jamaldinian’s sketches and suggested that he take his creative talents to the next level.

As a parent himself, he said he understands the importance of kids’ passion for reading and exploration. He hopes Penguin Bob, the main character of the books, will allow kids to see themselves in the character and feel free to experiment with new hobbies and passions like writing or art.

Now, he attends craft fairs, markets and events where he can introduce his book to the community and potentially sell a few copies. Jamaldinian also volunteers around the area reading to kids at schools.

Anyone interested in purchasing a copy of either “Bob In A Box” for $18 or “Bob Winging It” for $15 can find the books on Amazon. Or, if purchased on the author’s website, Jamaldinian will personally sign the book and write a message for the recipient.

Instagram users can check out Penguin Bob cartoons on the social media app as well and purchase character prints.