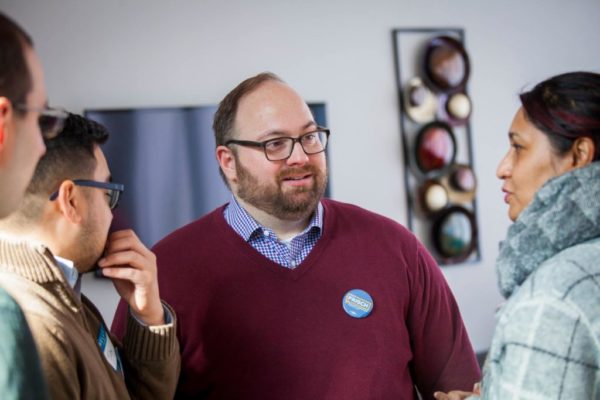 Here is information on the new incoming members, who took their oaths of office on Thursday (Dec. 12) at Jackson Middle School.

Omeish and Heizer, along with incumbent Karen Keys-Gamarra, beat three opponents for the At-Large seats.

Meren, a former U.S. Department of Education employee, beat her opponent, Laura Ramirez Drain. Meren is a parent and small business owner who has lived in Fairfax County for more than 15 years, according to Reston Now.

Tholen beat three opponents. A resident of Fairfax County for 25 years, Tholen most recently served as the director and treasurer for the Northern Virginia Soil and Water Conservation District, according to her campaign website.

Anderson beat opponent Tom Pafford. She has been a community volunteer, a veteran of the National Guard Army Reserve and lived in Annandale for more than 10 years, according to her campaign website.

Frisch beat opponent Andrea Bayer in the election. Frisch has served as the executive director of consumer watchdog Allied Progress, was a small business owner and worked as a staffer for the Committee on Rules in the U.S. House of Representatives, according to his campaign website.

Cohen beat two opponents, including Republican incumbent Elizabeth Schultz. Cohen has been a resident in the county for nearly 20 years and is a former preschool teacher, according to her campaign website.

Pekarsky beat Republican incumbent Tom Wilson. She was previously an FCPS ESOL teacher, small business co-owner and trustee on the Fairfax County Board.

Come 2020, the school board seats will all be filled by Democrats.

“Corbett Sanders will remain chair of the School Board and Derenak Kaufax will remain as vice-chair,” according to FCPS. “School Board officers are elected at the first meeting in July of each year.”

The board also includes a non-voting student representative who is selected by the Student Advisory Council.