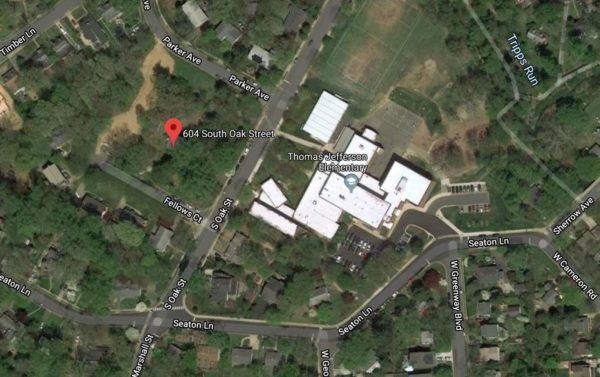 Nearly two acres of land next to Thomas Jefferson Elementary School could become anything from community gardens to a public park.

Officials have hired a contractor to demolish the property at 604 S. Oak Street, kicking off the process to reclassify the 1.95-acre parcel from “low-density residential” to “parks and open space,” the city said in a press release.

“The land came into play following the passing of its long-time occupant, Betty Fellows, and moves by their heirs to subdivide it with an eye to multiple residential home uses,” the Falls Church News-Press reported.

Per city officials, the land is not on the official registry of historic homes in the city.

In the press release, officials stated that “staff worked with both local and regional organizations to determine ways to deconstruct or salvage any items of value.”

Once the land is cleared, it will be added to the Master Park Planning process, which will begin in the spring of 2020.

The land leaves the city with a plethora of options — it could become either open space, a public park, a new school or a community garden, among other options. Members of the public are invited to become involved and share input.

“Parks, open space, and recreational facilities are critical components of a community’s quality of life and the health of its citizens,” city officials said in a statement. “Parks provide social, environmental, and economic benefits.”

The city is also in the process of updating the nearby Oak Street Bridge after it was damaged from flooding in July.