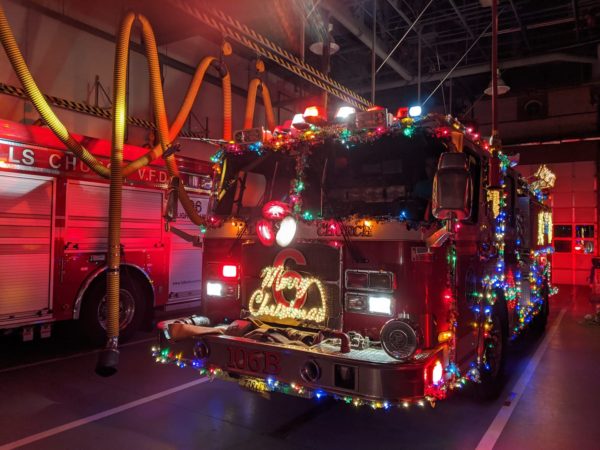 Fire Truck Getting Festive in Falls Church — “The annual tradition returns as the Falls Church Volunteer Fire Department decorates the reserve engine and escorts Santa Claus through the streets of the greater Falls Church area. Santamobile begins this Sunday, Dec. 15 and will run through Monday, Dec. 23.” [Falls Church News-Press]

Tysons Company Taking on Terrestrial Transmissions — “In the past few months, Tysons, Va.-based Omnispace has made some of its most significant announcements since a $30 million Series A raise in 2017… Omnispace announced earlier this month a permit from the Mexican government to build a terrestrial communications network that will mesh with satellite networks.” [American Inno]

Local Students Show Off Cooking Skills — “Culinary Arts 1 and 2 students from Marshall Academy had the opportunity to shadow the executive culinary team and director of hospitality at the McLean DoubleTree Hotel, where they worked with staff members to prepare lunch. Working in teams with staff members, they prepared grilled chicken with a demi-glace sauce, baked tilapia, mixed vegetables, rice pilaf, and dinner rolls.” [Fairfax County Public Schools]