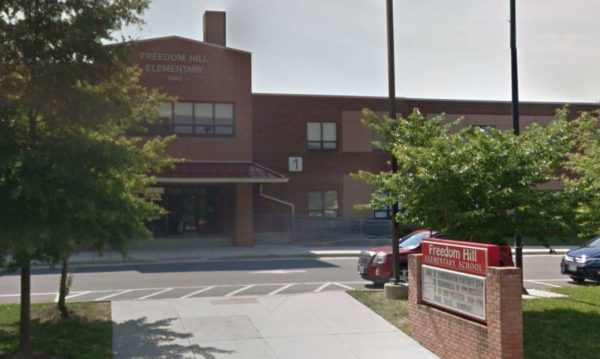 Fairfax County police said two employees at Freedom Hill Elementary School — and the school’s former principal — have been indicted by a grand jury in connection to assaults on students with intellectual disabilities.

Major Crimes Bureau Commander Edward O’Carroll said at a press briefing today that “18 counts have been handed by a grand jury.”

They were both charged with felony cruelty and injuries to children and misdemeanor assault and battery.

All of the assaults happened at the Vienna school between April and September this year, O’Carroll said.

The investigation began in mid-September after a teacher reported seeing bruises on students, police said.

Police said they believe six children were allegedly assaulted by the Gustav and Benavides. 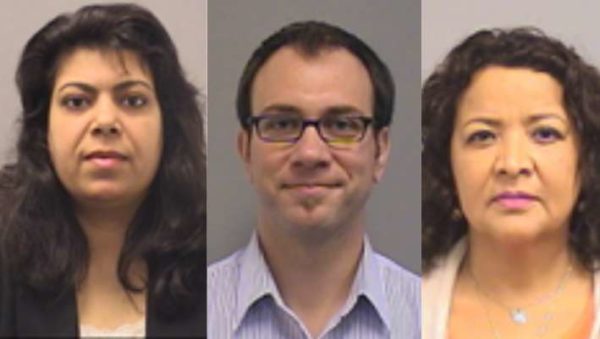 “We believe with all certainty that all of the victims in this case have been identified,” O’Carroll said, adding that people with any information about the case are urged to contact the police.

O’Carroll said that complaints of suspected abuse were reported to the former principal, Scott Bloom, “however those complaints were not subsequently reported to Child Protective Services or to law enforcement that is required by law.”

Bloom, 39, of Reston, was indicted for allegedly failing to report the assaults.

O’Carroll said that the current school administration at the elementary school reported the concerns once they made aware of them.

Marty Smith, a spokesperson for Fairfax County Public Schools, said the school put the two female employees on leave during the investigation.

FCPS assigned new teachers to the classrooms of the former employees and let families know about the staffing changes, Smith said.

The case is an active investigation, and FCPS is cooperating with the police, Smith said.

“We are deeply saddened by this situation,” Smith said. “While the investigation is still underway we are committed to doing all we can to prevent similar actions from happening in the future.”

O’Carroll declined to answer questions about whether or not the victims were in a restraint and seclusion situation or what kinds of injuries the victims sustained.

“The actions of these offenders is shocking. It’s unacceptable,” O’Carroll said.