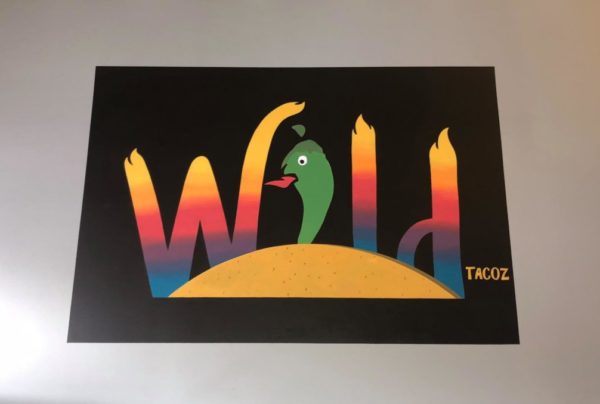 The owner behind a new taco place in Falls Church is looking to expand in Northern Virginia.

Wild Tacoz celebrated its opening at 7167 Lee Hwy — the former home of Milan Bakery and Miss Donuts — two weeks ago on Wednesday, Nov. 20.

Wild Tacoz is the first location for Kool Foods, a company that makes snacks and pre-packaged meals with dietary and nutritional supplements.

Owner Teddy Koumarianos grew up in the area to a family that worked in the restaurant business — which he credits for launching his passion for food.

He told Tysons Reporter that he created Kool Foods after nutritional foods improved his diabetes, heart disease and other health issues.

Kool Foods and Wild Tacoz focus on “well-proportioned,” healthy food served in an appetizing way, he said, adding that the food at the eatery is made marinated in a powder made from frozen vegetables.

“People love Mexican food,” he said. “You say the word [tacos], and everybody gets hungry.” 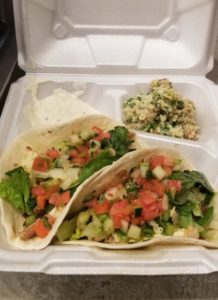 Diners can find taco burgers, design-your-own-salads, a salsa bar, packaged snacks from Kool Foods and taco options including soft and crunchy shells on the menu. For beverages, people can try the beet, tart cherry, honey and spice drinks that are made by Wild Tacoz.

Customers should try the combo deal with the taco burger — taco-flavored meat between two pieces of cornbread — and a Kool Foods meal, Koumarianos said.

He dubbed it “Now and Later” — the idea being that people will eat their taco now and save the pre-packaged Kool Foods meal for later.

Koumarianos hopes that the name “Wild Tacoz” will jump out at people traveling along the busy stretch of Lee Hwy in Falls Church. For people driving to the location, there’s parking in the back parking lot of the building off of Cavalier Trails, according to a Facebook post.

Located in a building built in the late 1940s, the space is a prime spot because of its low rent and close proximity to single-family homes in the Falls Church, Arlington and Merrifield areas, Koumarianos said.

The building’s age did cause delays, though. A sign last June said that it was coming in fall 2018 and then a sign in May said that it planned to open in the summer.

The wood beams holding up the roof had to get reinforced and the building required updates to its plumbing, Koumarianos said, adding that the permit process with Fairfax County took longer than expected.

Now that the Falls Church location is open, Koumarianos aims to make Wild Tacoz a chain. He said he’s hoping to expand to Arlington, Reston, Chantilly and Ashburn.