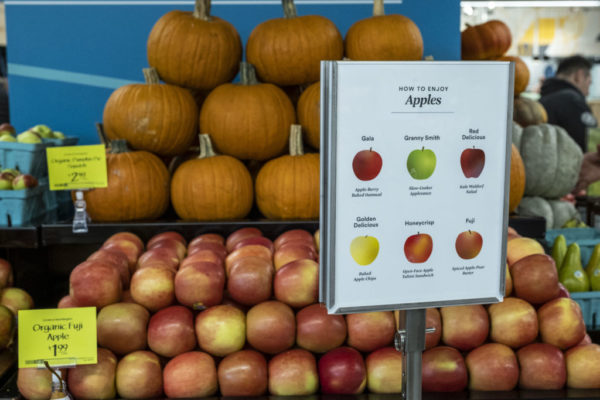 Hozier Gives Shout Out to Local Shelter — Irish musician Hozier, who is known for the song “Take Me to Church,” gave the Wolf Trap Animal Rescue a mention on Twitter, along with a video of an adorable puppy. [Twitter]

A Look Inside a Tysons Software Engineer’s Wallet — As part of Refinery 29’s money series, a software engineer in Tysons gave readers a glimpse into how she spends her $100K salary. [Refinery 29]

Staying Home for Thanksgiving? — Here’s where to find local restaurants that will be open. [Patch, Our Community Now]

Vienna Residents Mad About Chopped Down Trees — “Neighbors are furious Wawa cut down three 100+ year-old maple trees that were not on the company’s property.” [WJLA]

Local Tech Company Growing — “McLean-based AppTek, which makes speech apps for enterprises, on Tuesday announced its acquisition of Ignite-Tek… The merger adds to a significant growth streak for AppTek, which says it has doubled its team in 2019.” [DC Inno]

Church and Retirement Center Hosting Thanksgiving Dinner — “Lewinsville Presbyterian Church and the Lewinsville Retirement Residence are teaming up for a community Thanksgiving dinner on Thursday, Nov. 28 at noon at the retirement facility, 1515 Great Falls St. in McLean.” [Inside NoVa]

Another Raccoon with Rabies Found in Falls Church — Earlier this month, a raccoon with rabies was euthanized by police — the second one found in the city in recent months. “While there were no human exposures to the animal in this case either, the community should be cognizant of the rabies threat at all times.” [City of Falls Church]