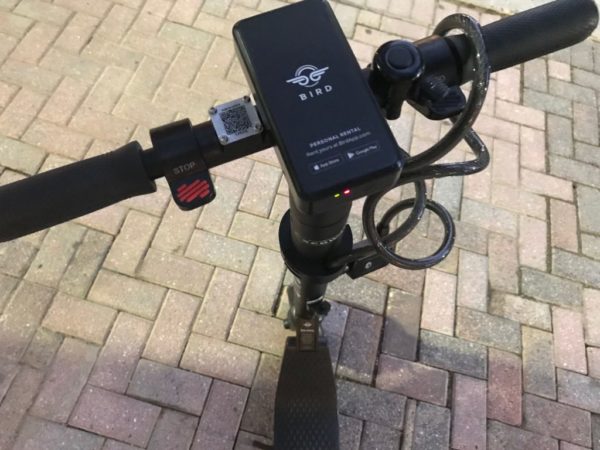 The Falls Church City Council clashed over whether or not to allow motorized scooters on city sidewalks.

Councilmembers voted unanimously on Tuesday (Nov. 12) to continue working on the plan that would allow motorized scooter companies to take a test drive in Falls Church. But the vote was split 4-3 when it came to banning people from using such mobility devices on sidewalks, with the exception of Routes 29 and 7.

The safety of scooter riders and pedestrians was the top concern for city councilmembers as they discussed the implications of banning scooter riders on sidewalks.

Councilmember Phil Duncan, who voted in favor of banning scooters from sidewalks, said that cars should be mindful of scooters on the road and that riders should use bike lanes whenever possible.

Duncan noted a finding from the staff report, which claimed that scooter riders ranked sidewalks as their least favorite place to ride.

The city council decided to allow exceptions on Routes 29 and 7 based on safety findings from a staff report.

“Preventing people from riding where they feel safe would just make this mode of transportation a non-starter. It would make this pilot pointless,” Hardi said.

Councilmember Connelly echoed Hardi’s concerns, but pushed for a compromise.

“We are assuming we are protecting the walkers on the sidewalks by saying ‘no scooters,’ but not protecting the scooter riders, who are also our neighbors, by saying they must ride always in the street,” she said.

Instead, she suggested adding another ordinance into the plan that would require scooter riders to give pedestrians the right of way on sidewalks. The city attorney present at the meeting noted that this was a viable idea but would require further discussion.

The city attorney suggested staff could work on a more efficient plan that would take her concerns into consideration.

The Falls Church City Council will review a second reading of the ordinance at their upcoming meeting on Dec. 9.