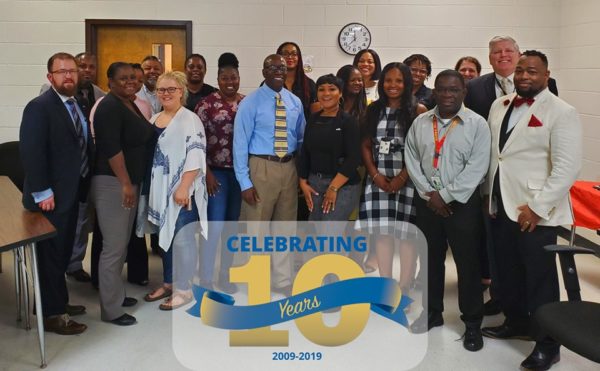 After celebrating its 10-year anniversary, a cybersecurity and technology company decided to move its headquarters in Tysons to fit expansion needs.

Founded in 2009, OBXtek specializes in six different areas including cybersecurity, cloud solutions, and IT engineering, according to the company website.

They moved to the new location at 2000 Corporate Ridge Road in late October to “support the rapid growth of the business,” according to a press release.

The new location will have roughly 17,000 square feet of space, which is larger than the previous office space at 8300 Boone Blvd, Dale Spencer, the company’s president, told Tysons Reporter.

Currently, the company employs around 500 people and was recently ranked as one of the most veteran-friendly companies by American Veterans because of its efforts to boost community involvement for veterans.

OBXtek actively tries to hire veterans and participates in the Department of Defense Transition Assistance Program, the press release said.

“OBXtek’s relocation provides us with the opportunity to consolidate our headquarters staff in a modern and efficient facility and helps to accommodate our continued growth,” Spencer said in the press release.