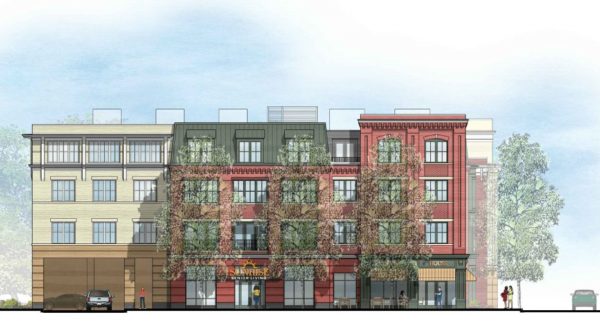 Sunrise is eyeing the site of an approved mixed-use development after the Vienna Town Council killed plans for a Sunrise facility farther up Maple Avenue.

Now, Sunrise wants to open an assisted living facility at 380 Maple Avenue, according to a Nov. 1 submission to the town.

That spot is currently the site of a contentious, approved redevelopment, which would add a four-floor building with ground-floor retail and multi-family condominium units at 380 Maple Avenue.

From Families to Seniors

In September, Dennis Rice, the owner and developer behind the development at 380 Maple Avenue, told the Vienna Town Council that selling the project to an assisted living facility could address neighbors’ lingering concerns.

“I think the town needs an assisted living facility, and it’s a good location for it,” Rice told the council in September, adding that having the development house seniors instead of families would eliminate concerns about the number of new students going to local schools. 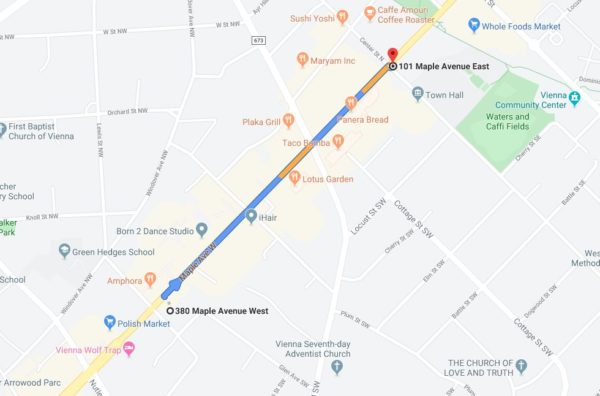 Sunrise’s original plans to bring a facility to the Maple Avenue and Center Street received a myriad of concerns from residents and councilmembers over parking, retail and the downtown location.

In June, outgoing Councilmember Tara Bloch put forward a motion to approve the project, which would have needed five “yes” votes to pass because of a protest petition, and the Town Council ended up rejecting the proposed 82-unit facility with a 3-4 vote.

A month later, Sunrise Senior Living decided to sue Vienna officials for $30 million, alleging that the Town Council’s rejection violated the Virginia Fair Housing Law by discriminating against seniors and people with disabilities and that the Town Council treated Sunrise differently from other developers seeking rezoning under the Maple Avenue Commercial Zone.

The Town of Vienna disputes the allegation that the council violated the Virginia Fair Housing Law, according to Town Attorney Steve Briglia.

The Board of Architectural Review is scheduled to discuss the facility at its work session tomorrow (Friday) at 8 a.m.

Next Wednesday (Nov. 13), the Planning Commission’s work session is set to focus on a proposed proffer amendment and conditional use permit for Sunrise.

Image via Town of Vienna, map via Google Maps