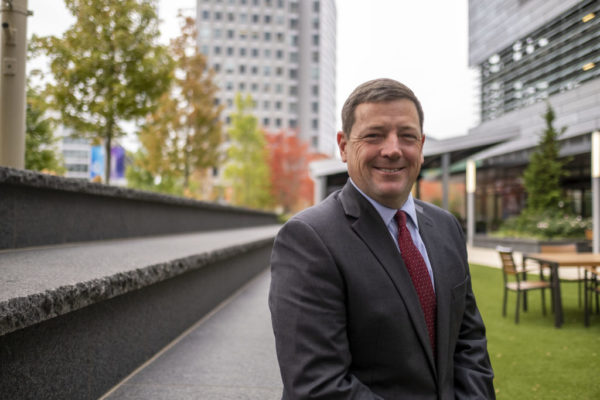 Updated 11/1/19 — Martin filed the campaign finance report that was due on Oct. 15 on Thursday (Oct. 31), which leaves him missing one report.

Earlier: The general election is less than a week away, and the Republican candidate for the Dranesville District Supervisor race hasn’t filed two campaign finance reports.

Ed Martin, who is running against Democrat John Foust, faces thousands of dollars of civil penalties after missing the reporting deadlines earlier this summer and as recently as Monday.

Martin is running on a platform to cut taxes, improve traffic problems and increase transparency in local government.

Martin’s campaign committee, Friends of Ed Martin, filed its first report, which covers April to the end of June, on July 15.

Friends of Ed Martin filed a campaign finance report covering July and August — which was due on Sept. 16 — yesterday (Wednesday), according to Virginia Department of Elections records that Martin emailed to Tysons Reporter.

Both reports say that Martin hasn’t raised or spent anything.

But an emailed statement from Martin claims that he has raised some money.

“When I filed to run in June, I registered and subsequently filed my first report. Due to a clerical error, my most recent report was delayed and will be filed by the end of this month,” the statement said. “Unlike my opponent who raises money all year round, my campaign is grassroots and is less than $5,000.”

For candidates who have filed campaign finances reports late – or not at all — the State Board of Elections sends a letter with a civil penalty to the candidate.

If it is not paid within a set amount of time, enforcement then becomes the Commonwealth’s Attorney’s responsibility, Patricia Ferguson with the Virginia Department of Elections, told Tysons Reporter.

Election officials and staff cannot waive or reduce the penalties, according to State Code.

“These penalties are automatically imposed if a report isn’t filed,” Brian Worthy, a spokesperson for Fairfax County, told Tysons Reporter.

Martin seemed surprised when Tysons Reporter asked about the fines.

“I got a letter saying that we’re not in compliance,” Martin said. “I don’t think we got a fine. If we have, I haven’t seen it.”

END_OF_DOCUMENT_TOKEN_TO_BE_REPLACED

More Stories
Poll: What Are Your Plans for Halloween?Photos: Local Pups in Costumes For Halloween