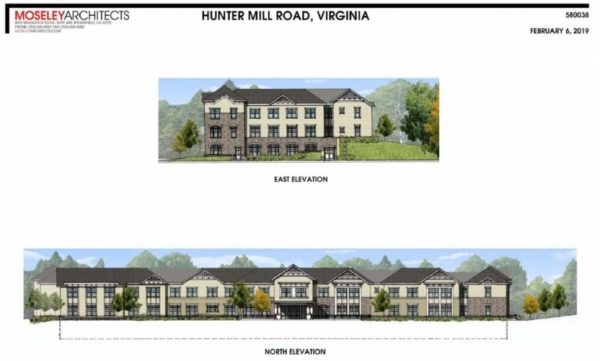 Plans are no longer in the works for an assisted living facility in the Vienna area after facing criticism by the Planning Commission and residents.

The proposed 86-bed facility would provide accommodations for people with dementia or memory loss at 2347 Hunter Mill Road, adjacent to the United Methodist Church of the Good Shepherd.

The applicant, Orr-BSL Hunter Mill, LLC, wanted to build a two-story building with approximately 43,680 square feet of space, along with outdoor courtyards and a garden for the facility’s residents.

Fairfax County planners gave the proposal a favorable recommendation in the staff report, writing,”In staff’s opinion, the development has been thoughtfully designed to be compatible with adjacent residential uses and to preserve the property’s rural character.”

Many residents opposed the proposed project during a four-hour-long public hearing in July, arguing to the Planning Commission that the proposal does not meet the county’s comprehensive-plan requirements.

Carter and another commissioner brought up a long list of issues with the proposal and special needs of the site at the Sept. 12 meeting — like pointing out that emergency vehicles might have trouble traveling to and from the site, which has a two-lane scenic by-way policy.

Carter also said the proposed facility’s size would not fit in with surrounding buildings. “It’s a football field in length,” he said.

Carter deferred the proposal indefinitely — essentially killing it since he said that other developers are eying the site.

“This is only one case. I expect more cases on this site,” he said.

Dranesville District John Ulfelder added that the site is pending being listed on the National Register of Historic Places by the Virginia Department of Historic Resources.

While Ulfelder said that schools and churches would be appropriate on the site, he said that he was worried that a medical facility would “erode” the site’s history.

The application was withdrawn at the end of September.