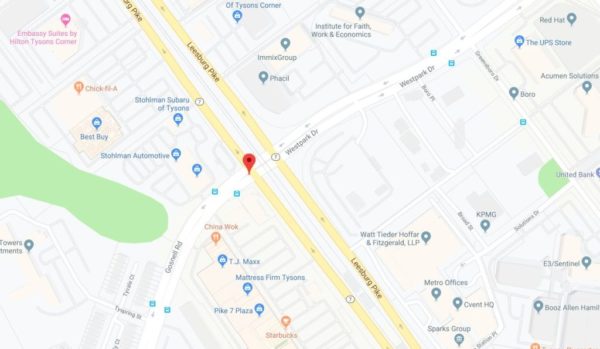 A gas leak has closed the eastbound lanes of Leesburg Pike by The Boro in Tysons.

Fairfax County Fire and Rescue crews are on the scene of a gas leak in the 8400 block of Leesburg Pike that was caused by construction crews hitting a gas line, the fire department tweeted.

The eastbound lanes of Leesburg Pike have been shut down, according to Fairfax Alerts.

Reston Parkway and Sunset Hills with snow on the roadway (via VDOT) Roadways in Fairfax County are covered in snow after flurries first started to fall around 1 p.m. and…