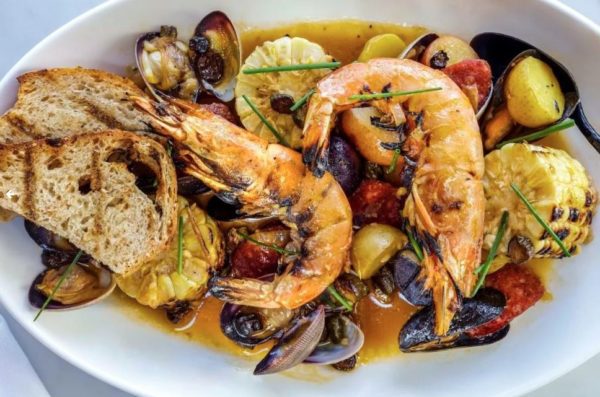 The restaurant opened about one week ago, an employee told Tysons Reporter.

Archontiko occupies the former spot of Evo Bistro, another Mediterranean restaurant, at 1313 Old Chain Bridge Road. The restaurant’s opening was delayed multiple times due to construction work and the inspections from Fairfax County.

Executive Chef Markos Baladimas creates dishes inspired by traditional Greek cuisine, “which is combining the simplicity of the raw materials with the richness of their flavors,” according to the restaurant’s website.