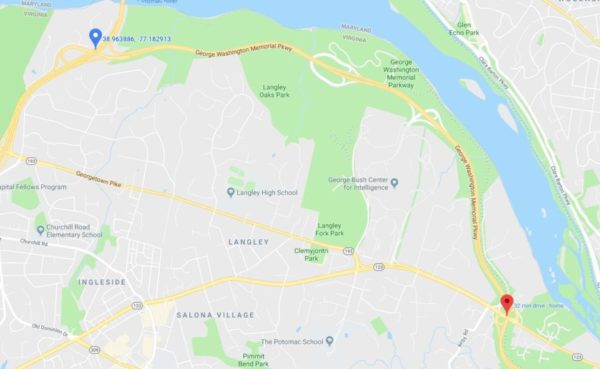 Drivers can expect lane closures as work begins tonight (Tuesday) on areas of the GW Parkway in McLean.

The National Park Service (NPS) and Federal Highway Administration (FHWA) wants to repair sections of the GW Parkway in McLean and Clara Barton Parkway in D.C.

On the GW Parkway, the work will take place between Chain Bridge Road (Route 123) and I-495. Drivers can expect single-lane closures from 7 p.m. to 5 a.m.

“We’re working this fall so the parkways are ready for winter driving,” Superintendent Charles Cuvelier said in the press release. “Even though this work won’t address the entirety of either road, it’s part of the National Park Service’s long-term plan to maintain and eventually reconstruct both.”

“The work will last into late fall with completion depending on the weather in the weeks ahead,” the press release said.

Construction crews are also working to fix the cause of a sizeable sinkhole that opened up on the GW Parkway back in March.

“The FHWA recently finished 50 vertical feet of excavation to remove a 60-year-old brick drainage structure that had failed,” the press release said. “Workers are now completing the installation of a new drain and back-filling the excavated area.”

NPS is also competing for federal grants to fully fund a project that would reconstruct GW Parkway near Route 123.