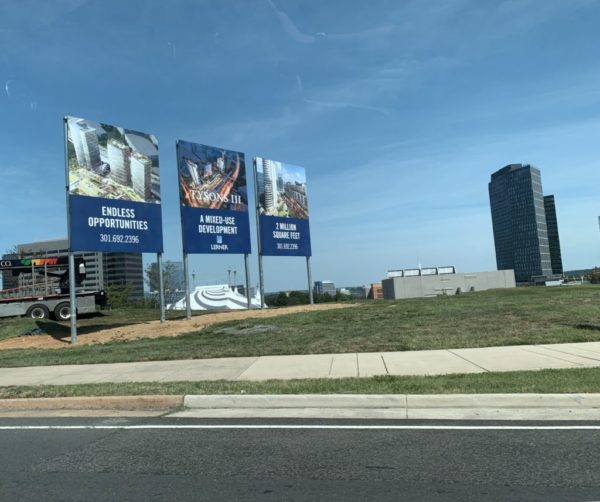 Signs have popped up for an upcoming development by the Tysons Corner Metro station.

The signs appear to be linked to Lerner’s plans to bring office space, street-level retail and a hotel to the grassy spot between International Drive and Tysons Blvd that is used by Cirque du Soleil in the summer.

The Tysons Comprehensive Plan envisions the area as a “Transit Station Mixed Use.”

“The overall percentage of office uses throughout all of the Transit Station Mixed Use areas should be approximately 65%. This will help Tysons maintain a balance between land use and the necessary transportation infrastructure,” according to the plan. 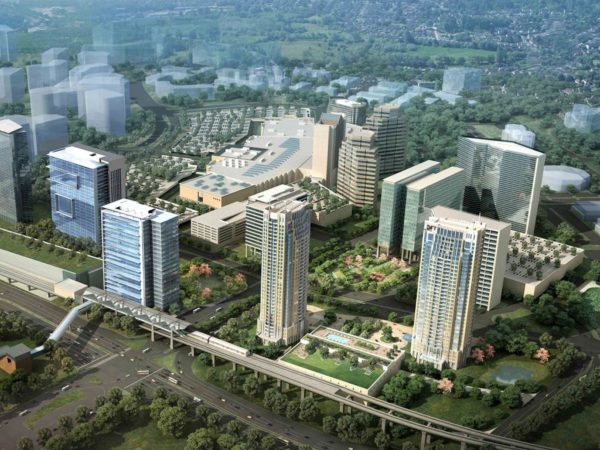 Meanwhile on the other side of Tysons Blvd, Lerner also wants to add two luxury residential towers known as The Residences at Tysons II. According to Nadel Architecture:

Amenities include an indoor and outdoor pool, fitness center, lounge and indoor dog wash.  Rooftop amenities include BBQ areas, fire pits and a dog park. The project involves many stakeholders and sensitive issues of pedestrian design, landscaping and urban design.

Tysons Reporter called the number on the sign and reached out to Lerner via email to ask about the project, but hasn’t heard back yet.