As businesses and restaurants start moving into an apartment building in the Mosaic District, people might notice that the building is absent from the “map view” on Google Maps. 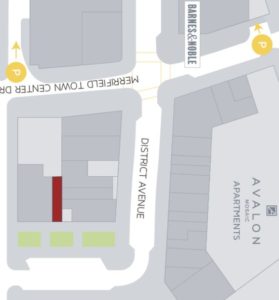 Switch from bird’s-eye view to street or satellite views and the building does appear.

Typing in an address at the building will result in a pin getting dropped at the appropriate, building-less spot on the map.

While “map view” doesn’t have the building, it does show Penny Lane Park.

The expanding educational center Kumon recently opened in the building earlier this year.

The Mosaic District’s website shows the building on its retail and restaurant map.