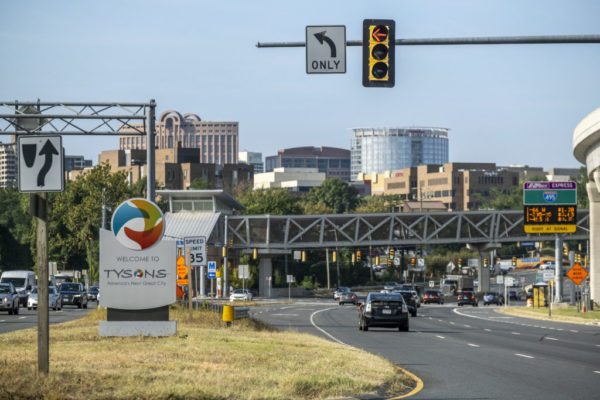 Whole Foods Is Hiring — The new store in Tysons is holding hiring events on Friday and Saturday. [Patch]

Tysons Development Moves Forward — “The 3 million-square-foot View at Tysons, featuring what would be Greater Washington’s tallest office building… just emerged from a long staff review with a recommendation for approval.” [Washington Business Journal]

Chefs Compete In Tysons Challenge — “An epic battle of chefs from six local restaurants competed in ‘Tysons Challenge,’ a Charity Classic event sponsored by The St. James at The Tower Club in Tysons Corner, Va. on Friday, Sept. 20.” [Inside NoVa]

Trail Links Up Tysons to Vienna — “A web of trails snake through the Vienna and Tysons area in northern Virginia, but for decades, they didn’t connect to each other… Now, after 20 years of work, residents are celebrating the final link in that network.” [Greater Greater Washington]

Lawsuit Continues Over Tyson Man’s Death —  “The family of Bijan Ghaisar, who was fatally shot by two U.S. Park Police officers in November 2017, has refiled its lawsuit against the federal government after it was dismissed from the case on technical grounds earlier this year.” [Washington Post]

Debates Begin For County Chair Contenders — “Candidates for Fairfax County Board of Supervisors chairman on Sept. 23 offered starkly different visions of the county and its prospects during a forum at the Fairfax County Government Center.” [Inside NoVa]

END_OF_DOCUMENT_TOKEN_TO_BE_REPLACED

More Stories
Tysons After Dark: Where to Find Karaoke Around TysonsTop 10 Stories of the Year for Tysons Reporter