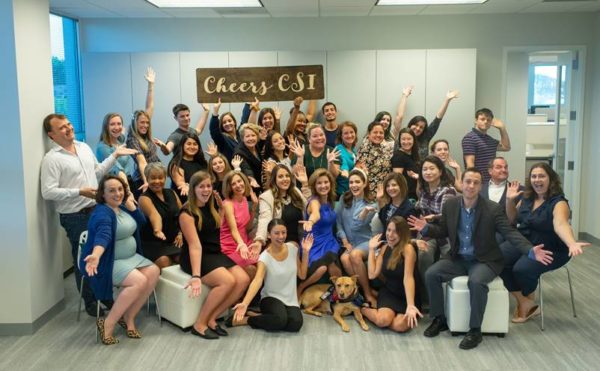 An event management company in the Falls Church area now has more space and more employees after a recent expansion.

Started in 1987 as a woman-owned company called Capitol Services Inc., CSI DMC is a full-service destination and event management company.

“We had been bursting at the seams in our headquarters space for a quite a while, and I knew we had to make a move to create more space for our business growth — although just down the road, we think Arlington Boulevard is a perfect spot to put down some new roots,” Amberlee Huggins, the company’s president, said in a press release.

The company increased its employees by 25% in the last year, Asha Sedalia Bruot, a spokesperson for the company, told Tysons Reporter.

The company now has more than 135 employees worldwide with 35 based at the new Fairfax County headquarters.