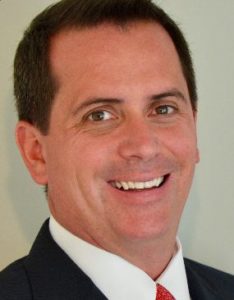 Jonathan Fahey, a former federal prosecutor, has thrown his hat into the race for the commonwealth’s attorney position in Fairfax.

Fahey worked on drug, gang and white-collar crime cases as an assistant U.S. attorney in the Eastern District of Virginia, but resigned last month, the Washington Post reported.

He is listed as an Independent candidate for the spot, according to Fairfax County candidate information.

Fahey served as general counsel for the White House Office of National Drug Control Policy last year, according to his LinkedIn. He also was an adjunct professor at American University’s law school and the George Washington University.

Fahey lives in the Falls Church area of Fairfax County near Belvedere Park, according to the Fairfax Bar Association.

Fahey will face off against former U.S. Department of Justice prosecutor Steve Descano, a progressive candidate who ousted Raymond Morrogh in a close race for the Democratic nomination.

The general election is Nov. 5.