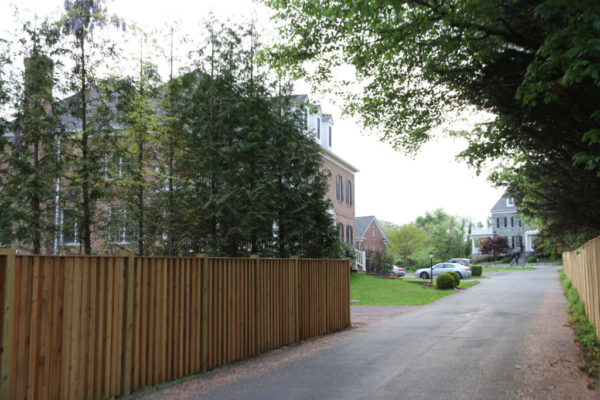 Updated 2:45 p.m. — Bulova’s Office noted that the interview does not represent an endorsement of the Kurtz Road property and that an official letter from the Zoning Administrator is still pending.

What started as residents upset over a series of group homes slated to move into a residential cul-de-sac has ballooned into a contentious issue that could set precedent in Fairfax County.

The Newport Academy, a for-profit therapy program for teens with mental health or addiction problems, wanted to turn its three purchased homes (1620, 1622, and 1624 Davidson Road) into a treatment facility. The plan hinged on the buildings being a by-right use, meaning no zoning approvals would be required, but a letter from Fairfax County Zoning Administrator Leslie Johnson said this wasn’t the case.

The issue seemed settled. The Facebook group that had been the bastion of local resistance disbanded. But yesterday, Fairfax County staff confirmed that Newport Academy had filed an appeal to the Board of Zoning Appeals (BZA).

Outgoing Fairfax County Board Chairman Sharon Bulova weighed into the discussion to lay out next steps and take a stance on the issue.

TR: We received confirmation that Johnson’s decision is being appealed to the BZA – does it end there or could it move up to the Planning Commission or Board of Supervisors?

Bulova: If they deny it — if the BZA says “no, county staff is correct” — then they could file a special exception, which is what she said they needed to do. I’m assuming BZA will agree with county staff, but that doesn’t mean it’s over for them because they could file a special exception. Then it would go to the Planning Commission and Board of Supervisors.

They’re appealing this decision probably because they don’t want to move forward with a special exception faced with the kind of opposition they’re getting from the community.

TR: I saw in your letter to the residents that you have concerns about the facility. I was wondering if you could lay out what parts of this facility are concerning to you?

Bulova: I have been very supportive of group homes. I think they’re important, they provide an important service in our community, where people get the kind of support and help that they need, whatever the disability or need.

My concern about the Newport Academy is that this isn’t just a group home, this appears to be a little campus being developed out of a single family neighborhood. This is not a group home, but a [cluster] of individual homes being turned into a complex. That, to me, is a different situation than an individual group home where someone is able to live in a community and get the kind of supportive help they need.

The Kurtz Road [location] may be fine, but the Davidson ones are encircled and fenced in together. That’s something different

TR: In your experience as Chair, have there been other instances of projects or controversies like this?

Generally, they are welcomed into the community. We’ve never dealt with something in my experience where someone seemed to have consolidated the properties and is trying to create a complex or campus of buildings. I’ve never seen this before. I see this not as being about a group home, but about something very different that changes, I think, the nature of the residential community.