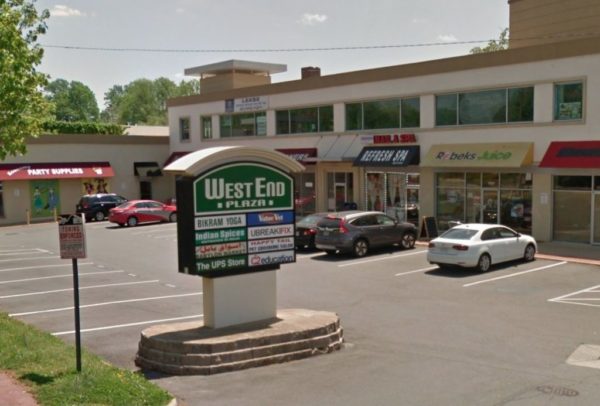 City of Falls Church Police are looking for the four men who robbed someone at West End Plaza early Thursday (June 20) morning.

“The victim stated that approximately five minutes prior, a black male with a beard, wearing a black hooded sweatshirt entered the business space, pointed a handgun at the victim, and demanded cash,” according to the press release.

Police said the male robber then joined three more men in the parking lot, and they ran westbound on the W&OD Trail toward Fairfax County.

The victim was unharmed, according to the press release.