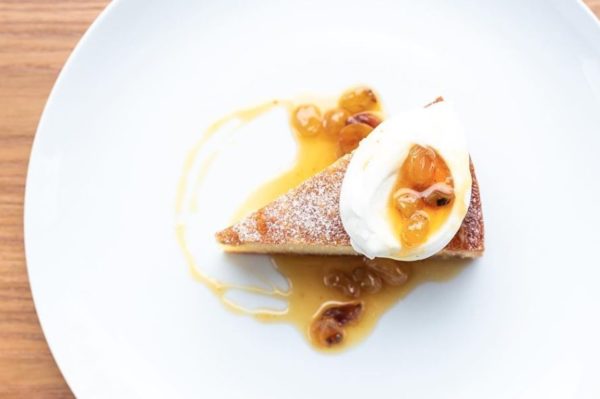 A casual Italian restaurant is set to open later this month in downtown Falls Church.

Named after the couple that runs the restaurant, Thompson Italian will fill the former space (124 N. Washington Street) of Argia — another Italian restaurant.

Gabe Thompson, who was the executive chef for RPM Italian in D.C., plans to incorporate seasonal, local ingredients into the menu, while pastry chef and Arlington native Katherine Thompson will oversee the desserts, Arlington Magazine reported.

Thompson Italian is a family affair–one that started when Katherine and Gabe met in 2007 while working in New York City’s top Italian restaurants. More than ten years and two children later, the Thompson’s are bringing their inventive and inviting cuisine to downtown Falls Church. Inspired by traditional Italian and flavors from a Texas background, Gabe’s menu is a modern interpretation of an osteria that features local produce and handmade pastas made from scratch daily. Katherine’s dessert menu features cannoli, cake, gelato, and sorbet, all changing with the seasons. Thompson Italian will open for dinner service in late May, followed by lunch and brunch service this summer.

While the restaurant says that it will post its menu soon on social media, diners can look forward to Katherine’s olive oil cake with crème fraîche mousse, raisin jam and Maldon salt, which the Facebook posts says “will definitely be making an appearance.”

The restaurant currently has a pending liquor license application to serve wine and beer.

Thompson Italian’s Facebook says that it plans to open in late May.