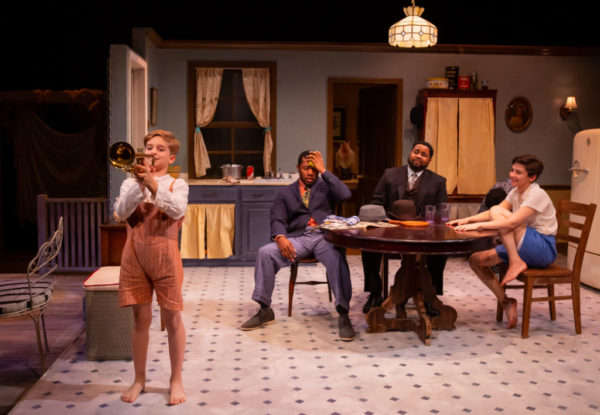 Tysons’ 1st Stage Theatre will find out tonight if it gets to take home awards for any of its nearly two dozen Helen Hayes Awards nominations.

The Tysons theater racked up 22 total nominations in the Helen categories and trailed Arena’s 25 nominations for the most for any theater, along with the second most for a single production — nine for rock-fable “Fly by Night” — behind 13 for “The Wiz” at Ford’s Theatre.

The father-son story “Swimming With Whales” and “The Farnsworth Invention” by Aaron Sorkin — the screenwriter and director behind “The West Wing” and “The Newsroom” — both received six nominations for the theater, while “A Civil War Christmas” earned one.

Here is 1st Stage Theatre’s full list of nominations for each show:

The winners for this year’s nominations will be revealed tonight (May 13).