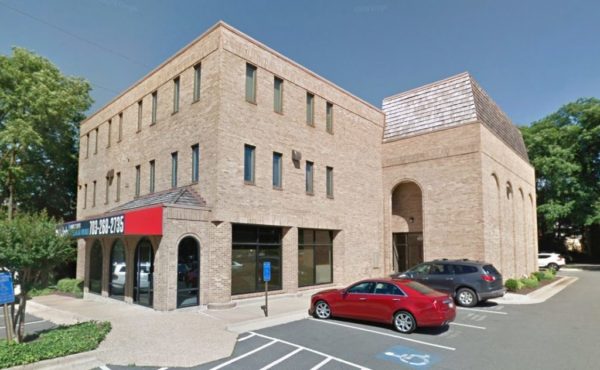 Bear Branch Tavern is eyeing a space that once belonged to a bank along Maple Avenue in the heart of downtown Vienna.

The restaurant wants to move into a roughly 6,700-square-foot ground floor space in an office building known as the Vienna Professional Center (133 Maple Avenue E.). The building was built in 1983 and has eight units, including the basement, according to a Town of Vienna staff report.

Bear Branch Tavern plans to occupy units 100 and 100A, which have been vacant since Cardinal Bank left about two years ago.

The restaurant would have 249 seats for indoor and outdoor areas in both the front and rear areas of the building, transforming the former bank teller drive-thru canopy into a rear patio, according to the staff report.

“Staff believes that a restaurant of this size with outdoor seating will help encourage a more vibrant Central Business District,” the staff report says.

In addition to offering food and drinks, the tavern also hopes to entertain patrons with live music. The plans show a location for acoustic performers on the back deck near the proposed fire pit. 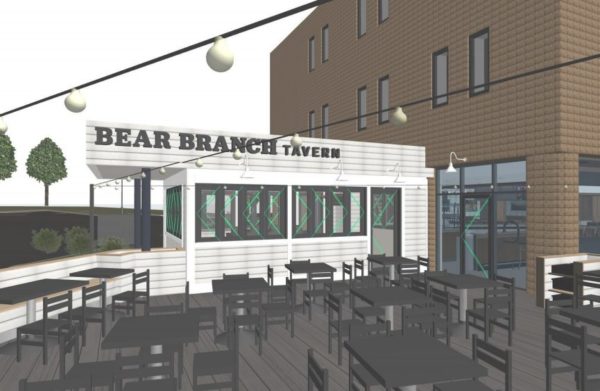 The Planning Commission is scheduled to provide a recommendation on conditional use permits for outdoor dining and live entertainment at tonight’s meeting.