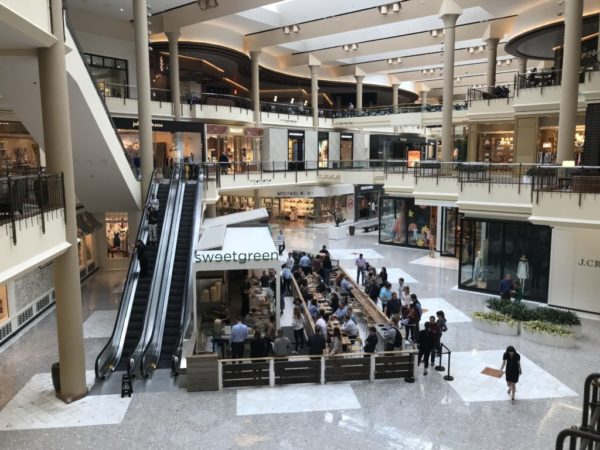 Rite Aid, Walgreens Raising Age to Buy Tobacco —  “Beginning Sept. 1, Walgreens will stop selling tobacco products to people who aren’t legally allowed to drink alcohol. Rite Aid will do the same, and plans to implement the policy at all stores by July 22.” Rite Aid has two locations in McLean. [McLean Patch]

WWII Vet Lauded at Earl’s — “A World War II veteran born in 1919 is spending his centennial birthday year on the road traveling to all 50 states and the nation’s capital on a journey he calls the ‘No Regrets Tour’ … While at dinner Friday night [April 19], [the reporter] witnessed all the patrons and staff at Earl’s Kitchen and Bar in Tysons Corner give him a standing ovation when his son and daughter brought him to the restaurant.” [ABC7]

Vienna Students Honor Fallen Warriors — Madison High students and staff members “cut yellow ribbons and attached the name tag of a fallen warrior: one for each service member killed in-theater since September 11, 2001… The ribbons and their attached tags will be suspended from the rafters at the Women in Military Service for America Memorial at the gates of Arlington National Cemetery.” [Fairfax County Public Schools]

Three Arrested at Tysons Corner Center — “On Thursday, Fairfax County police said they arrested 22-year-old Molly Helmer, of Annandale, and accused her of shoplifting from a Spencer’s store… As Helmer left the store with friends, 19-year-old Lia Chen, of Annandale, was accused of throwing her water bottle down and spilling her drink all over the store’s floor, police said… During the incident a third person was arrested, 27-year-old Steven Bun, of Fairfax. Police said Bun ‘aggressively approached officers, cursing at them and attempting to interfere with their investigation.’ Bun was arrested and charged with disorderly conduct.” [WUSA9]

Veronica Youngblood Not Appearing in Court — “Fairfax County prosecutors were frustrated that the Tysons mom, 33-year-old Veronica Youngblood was absent again for court. The judge appeared to be, as well, telling the courtroom, ‘This case has got to move on.’ Youngblood is accused of shooting and killing her two daughters inside their Fairfax County apartment in August 2018.” [ABC7]

Development Hits Height Issues — “It may not be the largest senior living facility unit-wise, but The Mather will almost certainly be the region’s tallest. And that is a problem for Fairfax County planners, who have recommended denial of the application citing three reasons: its height — the building will rise to a maximum 285 feet — design and open space plan.” [Washington Business Journal]