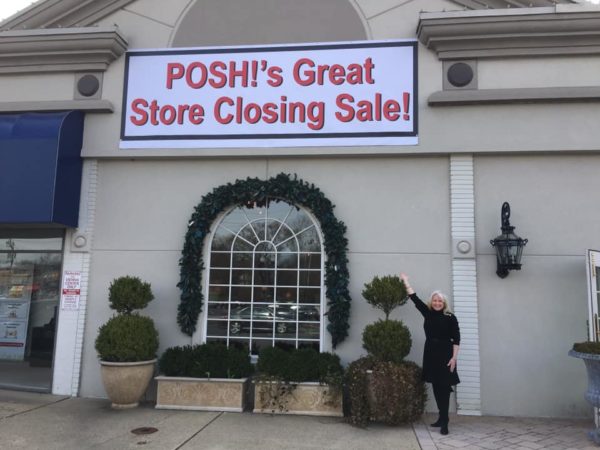 Longtime Vienna furniture retailer Posh! is departing its longtime Maple Avenue home and offering a farewell warning that the town is on the cusp of losing its small retail.

Posh! started 37 years ago with an interior design focus aimed at filling the need for high-end residential clients. Now, store owner Mary Anne Antonides is closing down the sprawling location in Vienna and says traffic, parking, and the pressures of new developments are all partially to blame.

During early afternoons, Antonides says it can take an hour just to get across town, which deters people from traveling to Vienna.

“In Vienna, we’re losing our independent stores,” Antonides said. “We lost the shops along Church Street.”

It isn’t the first time Vienna traffic has been a problem for Posh! Antonides said the store relocated off of its original Church Street location because there wasn’t enough parking to support local retail.

“When the Mill Street parking deal fell apart, that was it,” said Antonides. “Vienna is struggling with their development, and the impact for business is huge.”

More businesses are opening than closing in Vienna, but local experts warn that smaller retail locations are still being hit hard.

With Posh! looking for a new location, Antonides says she’s hoping to reopen with a new warehouse in Merrifield and a studio in McLean where the store can showcase specialty designer items.

Finding a space in McLean that works for Posh! has also proved challenging. Antonides says the store needs a free-standing structure to be able to “create our own destiny.” In practical terms, Antonides says she wants to be able to host events that might involve putting a tent outside or other activities that wouldn’t be possible in a shared space.

“My worry is that we’re losing our identity with artisans and small businesses,” Antonides said. “When they close, we lose connectivity and friendships.”

No specific closing date is planned, but once the Vienna location does close, Antonides says there’s a tenant currently finalizing a lease to take over the front space.