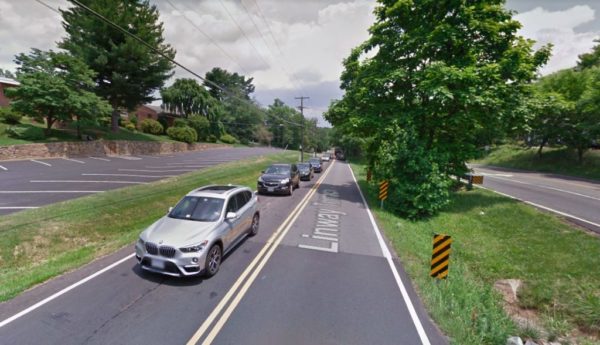 The eastbound lane of Linway Terrace, a two-way street in McLean just north of Chesterbrook, is scheduled to be closed between Bryan Branch Road and Linway Park Drive for much of next week. 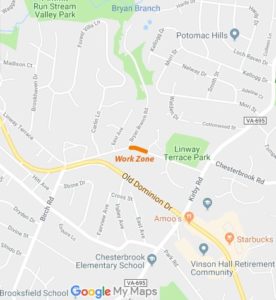 The closures will last from Monday, March 25 through Thursday, March 28, according to the Virginia Department of Transportation (VDOT). The closures are planned to last from 8 a.m.-4 p.m. each day for stormwater pipe replacement.

“Linway Terrace will have alternating one-lane traffic via flagging,” VDOT wrote in a press release. “Drivers can expect delays and are advised to use alternate routes.”

Linway Terrance isn’t the only street nearby with roadwork planned soon. Kirby Road, just to the east of Linway Terrace, will likely experience closures as a new sidewalk and other improvements are constructed later this year.

Photo of Linway Terrace via Google Maps. Map of work zone via VDOT.