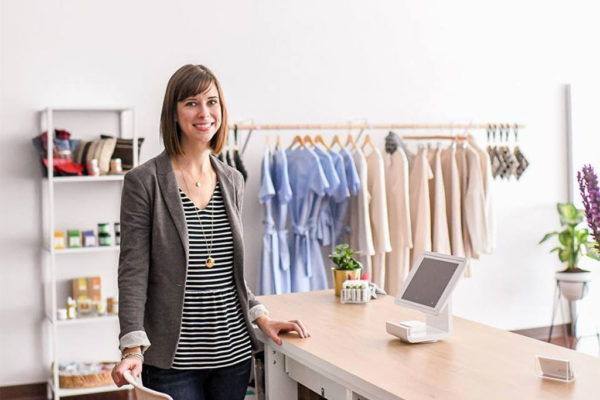 As is the eventual fate of all pop-ups, locally owned boutique Park Story could be relocating from its Mosaic District home.

Owner Meghan Evans launched her own clothing line in August 2017 and opened the store in the Mosaic District in October 2018.

“I am hoping for a more permanent home that caters to local designers and independent caterers,” said Evans. “Something permanent than a pop-up. I’m expecting to be here through July.”

Evans said she’s currently in discussions with the Mosaic District about trying to stay in that area, but either way, she hopes to remain somewhere in Northern Virginia.

Evans started her clothing line after being frustrated with the lack of selection for tall women. The Park Story boutique was designed to not only showcase her collection, but work from other local and independent creators. Evans said the store hosts everything from local lipstick to jewelry and art.

“People are surprised there’s such quality on the local market,” Evans said. “People don’t expect to find us here. We’re surrounded by bigger box stores, but we’re local and independent.”

Evans’ clothing line is manufactured in D.C. She knows most of the other vendors at her store following years of building connections and seeking out brands that she believes are complementary to the shop aesthetic.

“We are clean and modern with a feminine touch,” Evans said. “The shop has more of a minimalist feel: light, bright and airy.”

Evans said she hopes to know by April whether or not the store will be moving so she can begin to let her customers know her plans.