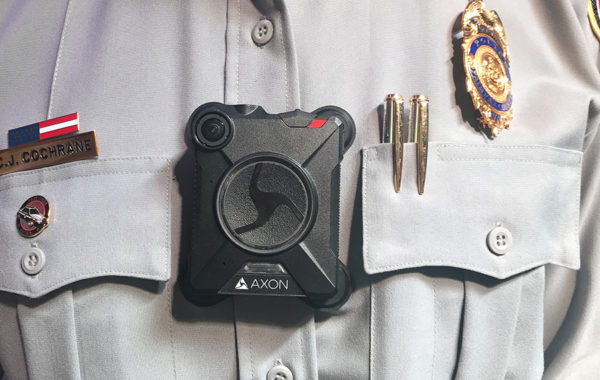 While McLean residents are mostly satisfied with what’s in this year’s county budget proposal, the McLean Citizens Association (MCA) takes issue with one item that isn’t: body worn cameras.

A pilot program for body-worn cameras was implemented through 2018 and a report on the findings of the program are expected sometime this spring, but funding for the program is not included in the police budget for FY 2020.

At tonight’s MCA meeting, the board will vote on a resolution to recommend body worn cameras be included in the budget.

Equipping police officers with body worn cameras is beneficial to both police and the community. [Body-worn cameras] can accurately record law enforcement actions and thereby capture evidence pursuant to investigations, reduce the number of complaints filed against officers, and provide additional safety for our officers as they patrol the streets.  The cameras also increase transparency, accountability, and trust between the police and community, which has been an issue nationwide over the last several years and is particularly relevant to our community with the recent killing of Bijan Ghaisar by U.S. Park Police.

The killing of Bijan Ghaisar was controversial partly because videos from dashboard cameras released by Fairfax County Police that seemed to show no threat to U.S. Park Police when they shot Ghaisar.

Last year, on the anniversary of the shooting, the MCA approved a resolution pushing for more transparency in the investigation and praising the Fairfax County Police for releasing the video.

This isn’t the first time body-worn cameras have come up in budget discussions. At an earlier Board of Supervisors meeting on the budget, several board members expressed concern there was no funding identified for the program. Staff said at the meeting that they were waiting for the results of the pilot evaluation to add funding.

“The program has broad support, but actual implementation continues to drift to the right,” the MCA said in the resolution. “It is time to implement the program and, following completion of the [evaluation], we urge a cost-conscious [body-worn camera] implementation.”