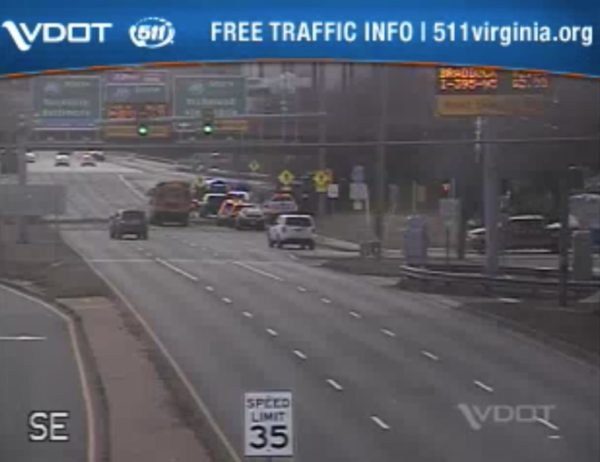 Updated at 4:45 p.m. — Police identified the pedestrian at 72-year-old Chandra Bhandari, of Falls Church. According to police, Bhandari was found dead at the scene.

“Preliminarily, detectives believe Bhandari was crossing the on-ramp from eastbound Leesburg Pike to southbound I-495 between 6 and 6:30 a.m. and was hit by a vehicle,” police said in a press release. “The motorist did not stop and drove away from the scene. Speed appears to be a factor for the driver. Neither alcohol nor drugs appear to be factors for Bhandari.”

Earlier: Police are investigating after a driver struck and killed a pedestrian at the ramp from eastbound Leesburg Pike onto southbound I-495.

The vehicle involved fled the scene shortly after the incident, they say.

Police briefly closed a section of the highway to account for the investigation, but most of Leesburg Pike has since reopened to traffic. The eastbound ramp to southbound I-495 remains closed.