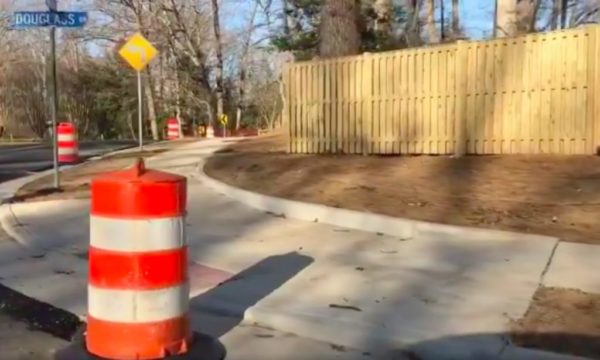 A new sidewalk was recently completed in a McLean suburb, connecting the newly renovated Dead Run Stream trail to the nearby residential communities.

Part of the improvements included improving the area’s drainage system to meet requirements related to the local watershed and to support the installation of the nearby walkway.

In addition to pedestrian improvements, new signage and pavement markings were added to enhance vehicle and pedestrian safety. Dense overhanging limbs of nearby trees were trimmed down too to improve visibility at the intersection.

Have you seen the new #walkway on Baron Road? The County installed #sidewalk from the Dead Run trailhead to Douglass Drive, which had been a dangerous segment of roadway for pedestrians. This awesome project provides a connection to downtown #McLean for nearby neighborhoods. pic.twitter.com/TjeAf7U6bR