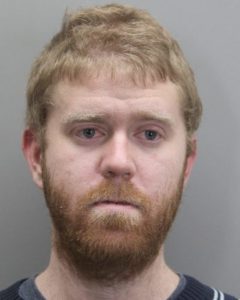 A meeting about taxes ended in violence and an arrest on Sunday.

Fairfax County Police say a woman was meeting with a man in Tysons to get her taxes done, but an argument ensued and the man then assaulted her, causing facial lacerations. It’s not clear how the victim knew the suspect nor how the argument started.

The suspect, 28-year-old Steven Sweet, was arrested and charged with malicious wounding.

ASSAULT: 1600 block of International Drive, 02/10/19, 7:23 p.m. Officers responded to the location for an altercation between a man and a woman. Officers located the victim in the lobby with cuts to her face. The victim stated she was at the location to have her taxes done when she got into an argument with the man she was meeting. He assaulted her and she was transported to the hospital with minor injuries. Steven Sweet, 28, of McLean was arrested for malicious wounding.