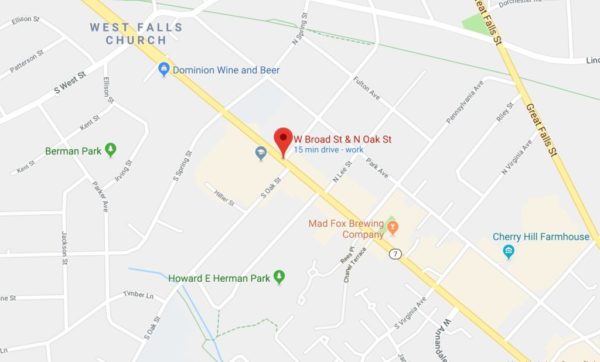 (Updated at 4:50 p.m.) The westbound lanes of W. Broad Street in the City of Falls Church were closed Wednesday afternoon due to a crash.

Both westbound lanes and one eastbound lane of W. Broad Street were closed between Oak and Spring streets, according to the city. The lanes reopened prior to 3:30 p.m.

The crash involved two vehicles, one of which flipped on its side. One female vehicle occupant was transported to the hospital with non-life-threatening injuries, we’re told.

UPDATE: Both westbound lanes are closed as well as one eastbound lane. https://t.co/PKmnbcmCGV