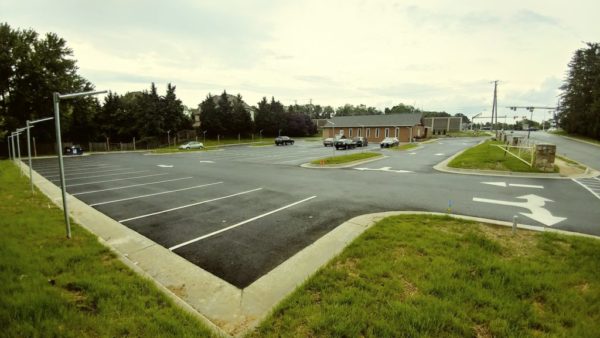 Nine months after morning prayer service was cancelled, the McLean Islamic Center (MIC) won approval from the Fairfax County Board of Zoning Appeals last week for extended hours and the cap on worshippers was removed.

Originally, the MIC was restricted to ten worshippers in attendance at prayers before 9 a.m. An anonymous complaint earlier this year led to an inspection that found the facility in violation of that cap.

The changing regulations now base attendance on the the 92 parking spaces available in the lot, which were not completed when the first regulations were implemented. The center can also offer morning prayers between 4-9 a.m.

“We were very excited that the county was able to come to the decision that they were on Wednesday,” said Sultan Chaudhry, president of the MIC Board of Directors. “This was something that our congregation had been looking forward to for more than nine months now. We’re happy that they were able to look at all of the data and analysis from county staff and come to a decision that allows us to freely practice our religion in Fairfax County.”

Chaudhry said MIC is committed to being respectful and courteous to the neighboring Carrington subdivision, who during the Board of Zoning Appeals meeting reiterated concerns about early morning noise from the center, particularly from cars locking and unlocking in early hours.

According to Chaudhry, morning prayer service resumed the day after approval was granted.

“It was great,” said Chaudhry. “We had about 20 vehicles come and about the same number of worshippers. There was a feeling of energy and relief, and there was a feeling of gratefulness to god, to the county, and to our interfaith partners and supporters that stood with us.”