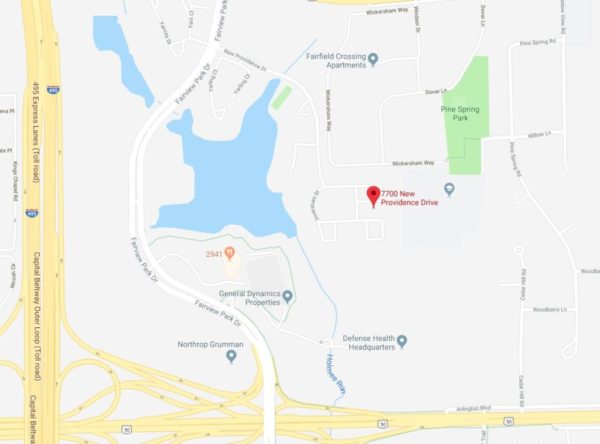 Five people burst into an apartment in Falls Church Sunday night in what Fairfax County Police are describing as a home invasion robbery.

The crime happened around 10 p.m. in a condominium community on the 7700 block of New Providence Drive, near Pine Spring Elementary and across the lake from 2941 Restaurant.

“The victims were inside an apartment playing video games when someone knocked on their door,” FCPD said in a crime report. “Upon answering the door, five suspects forced their way into the apartment, assaulting one victim and stealing electronics and other personal items.”

“The victim sustained minor injuries,” the crime report continues. “The five suspects were described as black men, in their early 20’s, one who was 6’3″, had dreadlocks and wore a hoodie.”