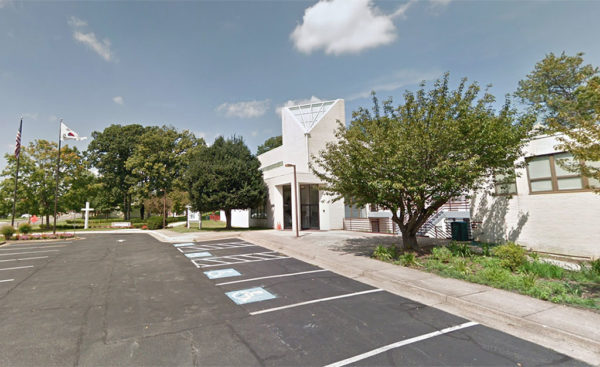 (Updated at 11 a.m.) A Vienna man has been arrested and charged with a bias crime at a Korean-American church in Dunn Loring.

Fairfax County Police say the man entered the Church For All Nations at 8526 Amanda Place around 6:30 a.m. Wednesday and “destroyed a glass altar.”

“Our officers found Laith Faisal, 26, of Vienna, inside and arrested him for destruction of property and entering property with the intent to damage,” said FCPD.

In its crime report, FCPD described the incident as a bias crime but did not elaborate further. Police spokesman 2nd Lt. John Lieb told Tysons Reporter that “the case remains active and information regarding the offender’s suspected motivation cannot be released.”

The damage is estimated at more than $1,000, according to police. As a result of the size of the loss and the circumstances, Faisal is facing two felony charges.