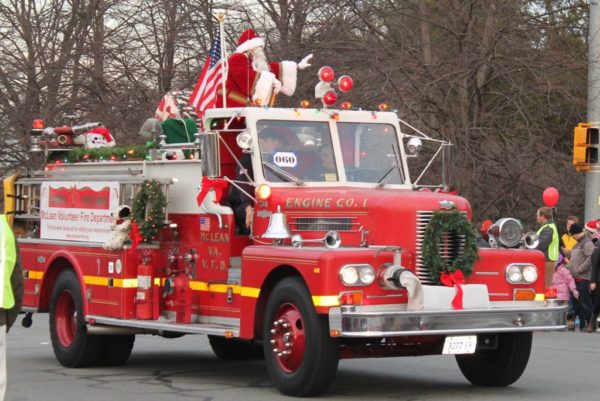 Looking for a way to kick off the last month of 2018 in style?

There are plenty of holiday and nightlife events around Tysons this weekend, including McLean’s annual WinterFest and an auction featuring a Star Wars Episode IV movie poster signed by the original cast.

22nd Annual ReinDog Parade (8-9:30 p.m.) — In exchange for two cans of dog food, the community is invited to bring their dogs and costumes to a dog parade at the Langley Shopping Center (1398 Chain Bridge Road). The parade, hosted by the McLean Animal Hospital, will include gift bags, hot chocolate, and donuts.

Wilder vs. Fury Live at Tysons’ Biergarten (7 p.m.-1 a.m.) — The Tysons Biergarten will host a cover-free viewing of the boxing match between Tyson Fury and Deontay Wilder. Sound will be on for the event. Registration is required.

Merry & Bright Bash (8 p.m.-11 p.m.) — The Junior League of Northern Virginia, a women’s organization devoted to voluntarism, is hosting a gala in the Sheraton Tysons Hotel (8661 Leesburg Pike). The event will feature an open bar, a DJ, and an exclusive auction and raffle. Items at the raffle include the aforementioned Star Wars Episode IV poster, as well as an NHL hockey puck signed by Washington Capitals captain Alex Ovechkin and an autographed Taylor Swift album. The event is black tie optional and tickets are $90, with proceeds going towards the Junior League’s community and leadership development programs.

Santa Breakfast (8-10 a.m.) — Tysons Corner Center is hosting its 2018 Santa Breakfast. Guests can bring their own camera to get a picture with Santa or have professional photographs taken. Those attending are encouraged to bring unwrapped toys for the mall’s Help Through Holiday Giving program. The breakfast is first-come, first-serve at 8 a.m. and Santa is scheduled to leave promptly at 10 a.m.

After Thanksgiving Healthful Hike (1-2:30 p.m.) — The Friends of Wolf Trap are hosting a group hiking tour through the forests and trails around Wolf Trap National Park for the Performing Arts. The event is free, but attendees can bring canned or non-perishable food items for humans, dogs or cats to be donated to local food pantries and animal rescues. The group will meet at the Ranger Station to the left of the Filene Center Box office for an easy-moderately paced three-mile hike.

McLean WinterFest Parade (3:30 p.m.) — McLean’s annual parade starts at the Langley Shopping Center, with pre-parade entertainment beginning at 2:30 p.m. before the parade’s start at 3:30 p.m. Be aware, there may be road closures along Old Chain Bridge Road as a result of the parade from 2-5 p.m.

Also this weekend, Santa will be traveling McLean via fire truck, courtesy the McLean Volunteer Fire Department (MVFD). Tomorrow he will be in the Kings Manor/Dolley Madison Library area and on Sunday he will be at Churchill Road in the McLean Central Park area. The MVFD’s Santa Tracker will allow locals keep track of where they can find Santa.