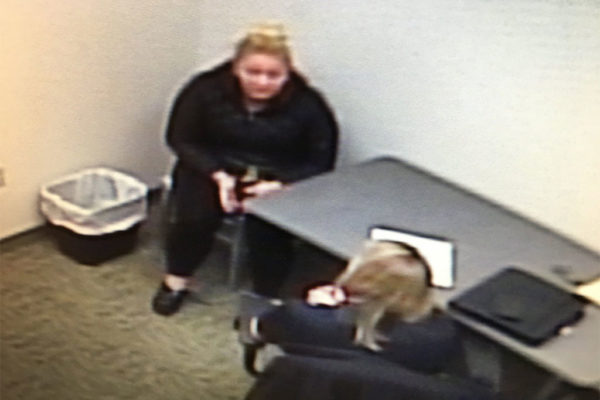 (Updated at 2:25 p.m.) Fairfax County Police have arrested Megan Hargan for the murder of her sister Helen Hargan and mother Pamela Hargan in McLean in 2017

Palema and Helen Hargan were murdered on July 14, 2017 in their home at 6708 Dean Drive. Police had initially suspected a murder-suicide, but as the investigation continued police began to suspect double homicide.

A search warrant revealed that police believed the scene had been staged by the suspect. Suspicion turned to Pamela’s daughter Megan, who had attempted fraudulent wire transfers from her mother’s account.

Megan, 35, was arrested this morning in West Virginia is being interviewed by detectives, according to the Fairfax County Police Department. More details were released at an afternoon news conference.

More from an FCPD press release:

A 35-year-old woman is facing charges in the murder of her mom and sister. On July 14, 2017, 23-year-old Helen Lorena Hargan and her mother, 63-year-old Pamela Denise Hansen Hargan were found dead in a home in the 6700 block of Dean Drive in McLean. They had both been shot. This morning, detectives from our Major Crimes Bureau arrested Megan Hargan near her home in Monongalia County, West Virginia for their murders.

The bodies were discovered by officers, after a 9-1-1 call reporting someone in the home might have been killed. The scene was secured and meticulously processed over several days by our Crime Scene Section. Detectives determined early in the investigation that the scene was staged to appear to be a murder-suicide. Due to the complexity of the evidence, a reconstruction of the crime scene was completed by an independent company. Our investigation and forensic findings led us to Megan Hargan, and our Major Crimes Bureau remained vigilant while pursuing every investigative lead. We interviewed Megan Hargan on July 14th, and then again a few days later. Megan Hargan attempted fraudulent money transfers from her mom’s bank account on the day of the murders, as well as the day before. Megan Hargan was indicted by a multi-jurisdictional grand jury yesterday for two counts of 1st degree murder and two counts of using a firearm in committing a felony.

“This is a tragedy, domestic violence at its worst,” said Major Ed O’Carroll, commander of the Major Crimes Bureau.  “Our sincere condolences to the family and friends of Helen Hargan and Pamela Hargan. Know that justice always leads to the truth, and today the criminal justice process on this case continues.”

Our detectives are still in West Virginia, as the case remains active. We want to thank our law enforcement partners for their cooperation on this complex case, including the Monongalia County Sheriff’s Office.