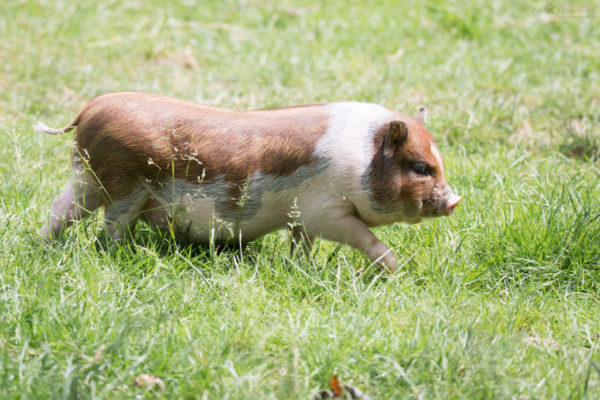 According to the monthly Vienna Police highlights, last Friday (Oct. 19) at noon, a woman on the 600 Block of Tazewell Road reported that she had been bitten by her pet mini-pig.

Vienna Animal Control Officer John Barker said the pig was taken and placed on a ten-day quarantine, where it currently remains. Barker said the homeowner was trying to clear something from the pig’s mouth when the animal bit down.

Barker said pet pigs are not prohibited in Vienna provided they are not being raised for a commercial use. Though somewhat outside the array of typical household pets, pet pigs are not unheard of.

This summer, the Fairfax County Animal Shelter found a new home for a pet-pig named Roger abandoned outside the shelter. While pigs can bite like any animal, the shelter described other pet pigs like Roger as smart and loving.

“He’s clearly been a pet since he knows how to wear a harness and walk on a leash and generally just be super friendly and sweet with everyone he meets,” the shelter said in a Facebook post. “He’s young and still has some growing to do, and is 100 percent a pet pig. Pigs are just as smart as dogs and love to root around, eat all kinds of tasty snacks, and snuggle up in a comfy cushy bed when it’s nap time.”

Photo via Flickr/Cloudtail the Snow Leopard