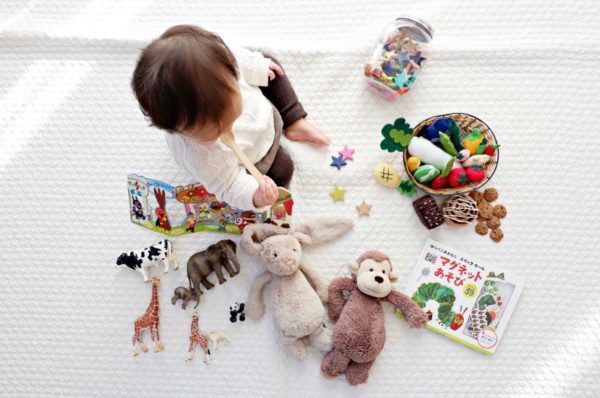 John Foust and Walter Alcorn, the supervisors for the Dranesville and Hunter Mill districts, presented a joint board matter yesterday to tackle the “unprecedented need” for childcare.

When classes start again this fall, Fairfax County Public Schools is planning to offer two systems: fully online and hybrid learning — a mix of in-person and online instruction. Working parents, especially ones who don’t work from home, now have to figure out childcare options, which have been complicated due to the pandemic.

Alcorn and Foust said that the county may have to expand its role in child care options depending on great the need is.

“For the sake of the children and their families it is essential that good quality child care services be made available,” the board matter said. “It is also critical to advance the county’s efforts to restart our economy that those parents who work but do not normally need childcare when schools are fully open can work and contribute to economic activity.”

County Executive Bryan Hill said that the county has 2,000 childcare providers: “The first thing we want to do is fill them up.”

Chairman Jeff McKay said that childcare providers he’s talked to have said that they are concerned about surviving the pandemic.

“Oddly, their businesses hurt more than most because what they are worried about is a ton of people now teleworking and not needing daycare,” McKay said.

The Board of Supervisors approved the board matter, which directs county staff to work with FCPS and to update the supervisors on how the county can provide additional resources and support.

Photo by Shirota Yuri on Unsplash 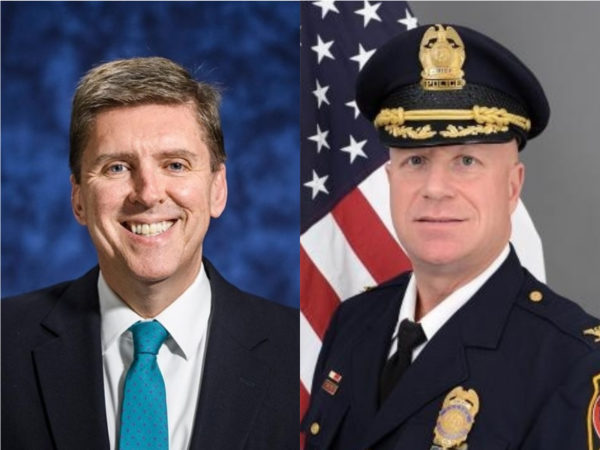 Alcorn plans to host the virtual town hall with Chief of Police Edwin Roessler Jr. from 7-8 p.m. on Wednesday, July 1.

Hunter Mill District residents can join in the discussion on the police department and the community by asking questions or providing input on policing topics, according to an email from Alcorn’s office. People who cannot attend the event live can email questions to the Hunter Mill District Office.

Participants will have a number of ways of joining the town hall, which will be hosted on Webex.

Once the event ends, the YouTube video will be available on the Hunter Mill District website sometime on Thursday evening, according to the email. 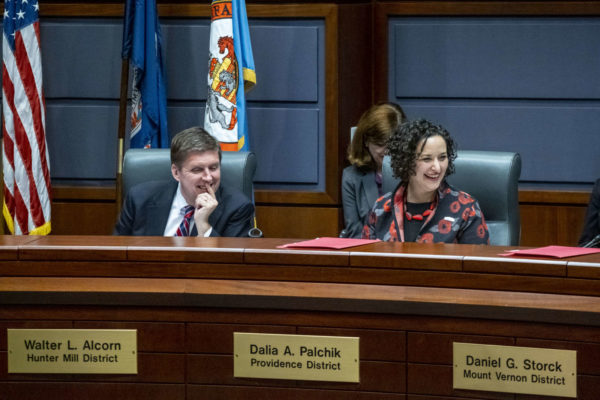 Fairfax County officials representing Tysons, Reston and Vienna want a list of the places around the county linked to the Confederacy.

“Fairfax County residents stand together with fellow Americans in support of the recent movement for racial justice, brought on by the horrific deaths of George Floyd, Ahmaud Arbery, Breonna Taylor, and others,” the board matter reads. “This powerful call for equity has brought attention to Confederate monuments and place names throughout the County, and the painful history they symbolize.”

The upcoming board matter follows a push by a local community advocacy group in Reston.

Reston Strong offered a direct message when residents covered a Confederate monument in front of the old Fairfax County courthouse with a tarp and white duck tape over the weekend, prompting the request for a complete report of Confederate street names, monuments and public places in the county.

Reston Strong issued the following response to today’s board matter:

We would like to Thank Supervisor Palchik for her response however we are saddened to note her motion while timely, fails to directly address our ask. We understand this topic is more polarizing than most and sincerely hope the below sentiments from our members will give our leaders the strength needed to take immediate action.

REMOVE — “It’s literally trauma!! The statue doesn’t erase the history! But the statue does remind my people each time they are disposed, mishandled in the judicial system where this statue resides that things will always be unjust and unfair, we’ve gotta take it, swallow it and keep hoping one day we will be free for real #free-ishsince1865″ – Candace Wiredu-Adams

RELOCATE — “Move it to a museum. We can’t just throw our past away. People wouldn’t believe the holocaust existed without seeing certain artifacts. We need to have these tangible items to provoke the emotion. We can’t just have pages in a textbook saying a statue was taken down.” – Rebecca Johnson

REPLACE — “I think markers at the places of important events is great. Nothing like standing right where it happened and reflecting. However, I don’t think we need monuments to people. So to me, two different things. I think the markers are a good reminder of history and where it happened (in some cases in our own backyard!). Glorifying people, not so much.”  – Colleen Montgomery

Located at 4000 Chain Bridge Road in Palchik’s district, the monument is dedicated to Marr, the first Confederate officer killed in the Civil War. “Union cavalry attached the city at 3:00 a.m. on June 1, 1861. The Warrenton rifles commanded by Marr defended the city,” according to information recently taken down by Fairfax County’s tourism board.

Although the black tarp and tape that smothered the statue was removed within an hour after installation on Sunday, the group says that it is time for the county to remove the 1904 granite monument that honors Confederate Capt. John Quincy Marr, who died roughly 800 feet from this marker in 1861.

(Updated 5/20/2020) Before Orange and Silver line stations temporarily close this Saturday (May 23), Fairfax County officials for the Tysons and Vienna areas want to know more about the closures’ impact.

The discussion will include representatives from WMATA and the county’s transportation department.

All Orange and Silver line stations west of the Ballston station will be closed through the fall for platform reconstruction at the four Orange Line stations and work to connect the Silver Line with the upcoming stations running from Reston to Ashburn.

The town hall is set to start at 6:30 p.m. People can register online.

Alcorn held a media call this morning (April 9) to discuss dramatic cuts and changes to the changed budget proposal, following a digital public hearing he held last night with residents.

“I’m not happy about the updated budget but it does reflect the reality we’re in right now,” Alcorn said during the media call.

The COVID-19 pandemic caused Fairfax County Executive Bryan Hill to revise suggestions for the upcoming budget, which were integrated into a draft and publishedon Tuesday (April 7).

Many of the changes include halting the expansion of new projects — focusing instead to retain projects already in progress, according to  Alcorn.

Other programs that will likely be delayed are the implementation of body cameras for police officers and a freeze in salary for Fairfax County employees.

“It really is an attempt to put the breaks on anything new,” he said.

Alcorn said he also wants to see relief programs for small businesses in Fairfax County, which may happen.

Next Tuesday, the Board of supervisors will discuss a micro-loan program for local business owners impacted by the pandemic, Alcorn said.

The Budget Committee spoke last week about the potential for the program to offer up roughly $1 million for small businesses, but Alcorn suggested this number was meant to be a “place holder” until there was an opportunity for further discussion.

The Fairfax County Board of Supervisors is set to vote on the final adjusted budget during the May 12 meeting, which was later than previously suggested in Fairfax County documents.

“My staff and I are still working out the details to enable your participation,” Alcorn said in his newsletter yesterday. “I will get that information out to you as soon as it is available through this newsletter, as well as my social media accounts.”

Previously, Alcorn postponed a budget town hall that was set to happen in Vienna on March 21 due to the coronavirus. Holding the town hall virtually will limit the risk of spreading the virus.

The virtual town hall is tentatively scheduled for next Wednesday, April 8, at 7 p.m. — one day after the updated FY 2021 budget proposal is expected to go before the Fairfax County Board of Supervisors.

Currently, Fairfax County staff are revising the proposed budget, which was developed before the coronavirus pandemic hit the area, to address expected revenue losses and help small businesses.

Residents can expect opportunities to testify on the budget before the county board between April 14-16.