One local site aims to bring slugging — the practice of informal carpooling for commuters — into the 21st century with a Facebook group and app to connect Beltway and I-66 riders and drivers.

Sluglines is a site that uses social media and an app to link commuters for shared rides.

The group is self-governed by participants and no money is exchanged between riders and drivers.

The app includes information on how drivers can take advantage of I-66 HOT lanes.

The rides are first come, first serve. Most of the site’s suggested rules and etiquette are general courtesy items like “play acceptable news or music” and “no personal grooming in the car.” 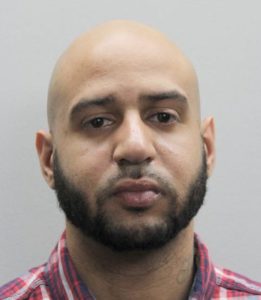 A Falls Church man has been arrested and charged with drunkenly trying to rob a rideshare driver, then beating him with his own windshield wiper.

The alleged incident happened around 1:45 a.m. Tuesday. Fairfax County Police say 30-year-old William Paneque and another man were being driven from Tysons Corner Center to the 2900 block of Monticello Drive, in the West Falls Church area.

“Once they arrived, one of the men grabbed the victim’s jacket and demanded money,” FCPD said in a crime report. “The victim told the suspect he did not have any money.”

“The suspect broke a windshield wiper off the car and hit the victim with it, causing minor injury,” the crime report continues. “Officers arrested William Paneque, 30, of Falls Church, as he tried to leave the scene. Paneque was charged with attempted robbery, destruction of property and drunk in public.”