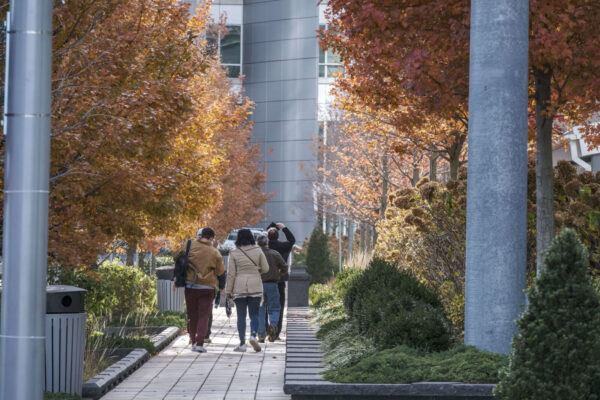 County Board to Vote on New Electoral District Map — “The Board of Supervisors’ last full meeting of 2021 will include an agenda of district-specific and countywide proposals. The major items up for consideration are redistricting of the Board of Supervisors and School Board districts as well as expansion of tax relief for seniors and people with disabilities.” [Patch]

Wet Snow Possible Tomorrow — A cold front headed for the D.C. region could bring the first measurable snowfall of the season. Forecasts suggest up to an inch of accumulation is likely, with a ceiling of 3 inches, and the precipitation isn’t expected to stick around long, though the timing could cause some trouble in coinciding with the morning commute. [Capital Weather Gang]

Falls Church Shuts Down New Taco Restaurant — The popular Arlington-based food truck La Tingeria has occupied its new brick-and-mortar site at 626 S. Washington Street in Falls Church for less than a month, but the city plans to revoke its certificate of occupancy, citing complaints about customers parking in nearby residential neighborhoods. [ARLnow]

Santa Hitches Ride in Mosaic District Autonomous Shuttle — “Santa Claus gave Rudolph and the other reindeer a night off as he rode to his Target appearance in the latest driverless technology, RELAY. Santa waved happily to the crowds in Mosaic as his sleigh, aka the autonomous shuttle,  wound its way down District Avenue.” [Department of Economic Initiatives]

Kansas Gives Preview of Capital One Hall Show — “Carry on all you wayward classic rock listeners! Kansas is ready to rock the brand new Capital One Hall in Tysons, Virginia, on Dec. 19…The band will perform the full “Point of Know Return” album, as well as other huge hits.” [WTOP] 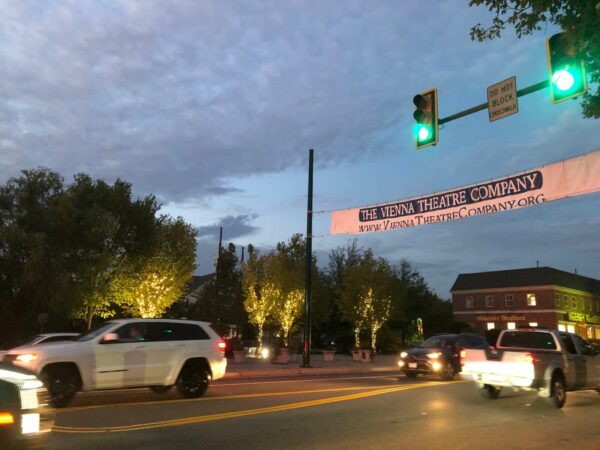 Fairfax Connector Offers Metro Alternatives — With Metrorail service limited throughout the rest of the week, Fairfax Connector is reminding commuters that it offers express service to the Pentagon or downtown D.C. from five sites, including the Vienna Metro station on route 698. [Fairfax Connector]

Proposed Redistricting Maps Now Available — “The Board of Supervisors authorized a public hearing on Nov. 9 to consider proposed redistricting plans…There were 64 plans submitted in total by the board-appointed committee established to recommend new maps and the public, and these plans may be reviewed through an online dashboard.” [Fairfax County Government]

International Earthquake Drill Coming Tomorrow — “Every year, ShakeOut Day is the largest earthquake drill ever…What we do to prepare now before the next big earthquake will determine how well we can survive and recover. ShakeOut will occur in houses, workplaces, schools and public spaces at 10:21 a.m. local time on Oct. 21.” [Fairfax County Emergency Information]

Wolf Trap Accepting Grant Applications from Local Arts Teachers — “The Wolf Trap Foundation for the Performing Arts is accepting applications for this year’s Grants for High School Performing Arts Teachers Program. The grants are available to teachers across the D.C. area. The grant application deadline is Nov. 15, and grantees will be named in December for the 2021-22 school year.” [Patch] 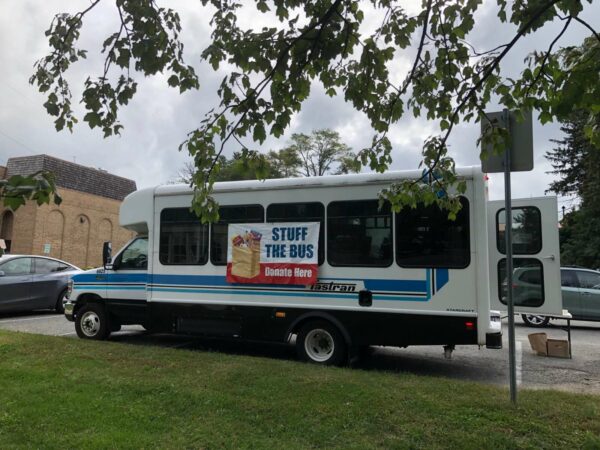 Drop in Domestic Violence Cases Could Be Misleading — “Fairfax County Police data obtained by WTOP showed domestic violence decreased by roughly 190 cases each year since 2019. However, Saly Fayez, who oversees its victim services division, said it’s likely because the crime is underreported…Fayez said the pandemic kept victims from reporting, skewed the data, and gave abusers another tool of control.” [WTOP]

Fish Die-Off Reported in Chantilly Area — “We have received reports of a fish die-off in Rocky Run in the Greenbriar area. Fairfax County Stormwater Management the Virginia Department of Environmental Quality, which investigates such incidents, have been notified. Our thanks to those who have reported the issue to us.” [Fairfax County Park Authority/Twitter]

MCA Wants to Keep McLean Together With Redistricting — “The Greater McLean area should be kept intact when new Fairfax County magisterial districts are redrawn, according to a Sept. 18 letter from the McLean Citizens Association to the 2021 Fairfax County Redistricting Advisory Committee…MCA’s membership area includes not only McLean, but also portions of Tysons, Falls Church and Great Falls.” [Sun Gazette]