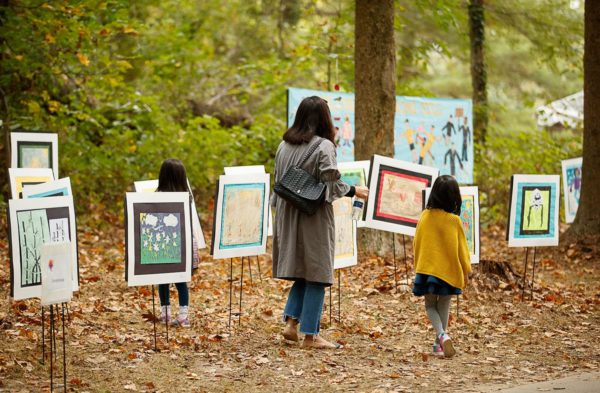 The McLean Project for the Arts (MPA) is looking for students to submit entries for the upcoming Children’s Art Walk.

In previous years, the Children’s Art Walk was an open-air gallery, but due to the pandemic, the juried show will take place virtually. The New Dominion Women’s Club of McLean is sponsoring the exhibit, which is a part of MPAartfest.

Entries will be accepted between Aug. 24-Sept. 6. MPA asks students to submit art related to one of three themes: “Abundance,” “Small Stories” and “Natural Inclinations.”

MPAartfest is scheduled to take place Oct. 4-18. People will be able to view the exhibit, which will also include art made by kids during MPA’s summer art camps, online during the duration of the festival. 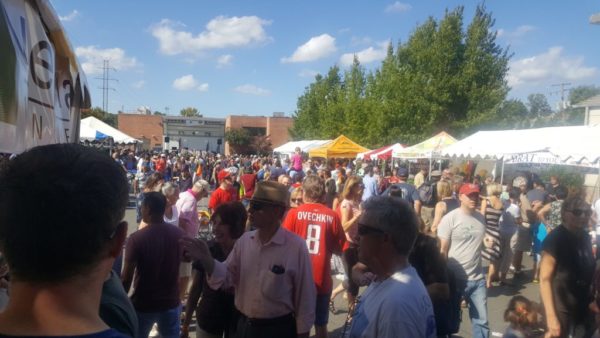 (Updated 9:30 a.m.) The Vienna Business Association’s Oktoberfest and several Town of Vienna events are no longer happening due to the pandemic.

The town announced today (Tuesday) that events through Oct. 3 are canceled and alternative Halloween celebrations are under consideration.

The canceled events include:

Kathy Georgen, who chairs the Oktoberfest planning committee, said in the town’s announcement that Oktoberfest had to get axed because it depends on hundreds of vendors and thousands of attendees.

“We could not in good conscience move forward in this current climate,” Georgen said.

Instead, the VBA plans to promote Distanz Oktoberfest, which is described in a press release as “an initiative that encourages VBA-member and other Town businesses to host in early October German-themed events and promotions at their own location.”

Nearby, the City of Falls Church took similar precautions, canceling its Falls Church Festival in September and Farm Day in October. The rest of the city’s events for 2020 “will take place if a safe event format can be created.” 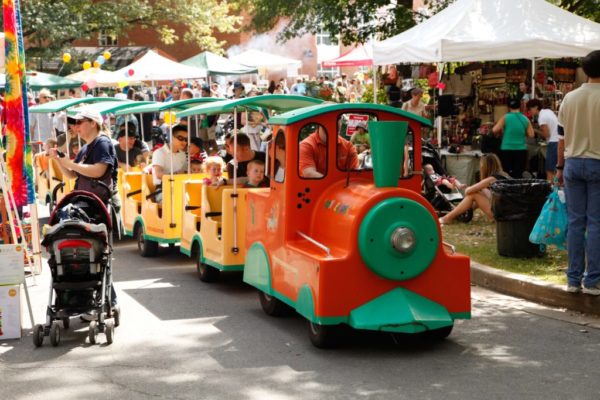 Due to COVID-19 precautions, the annual Falls Church Festival and Farm Day events are canceled.

The City of Falls Church announced the change of plans today, saying that public health concerns prompted the decisions.

“We are committed to helping our resident, visitor, and business community stay safe,” Danny Schlitt, the city’s recreation and parks director, said. “We don’t see a way to safely hold large crowd events like the Falls Church Festival and Farm Day.”

The announcement said that the rest of the city’s events for 2020, including Sunset Cinema, Halloween Carnival and Holiday Craft Show, “will take place if a safe event format can be created.”

“We are looking into ways to create a safe Sunset Cinema, Halloween Carnival, and Holiday Craft Show,” Schlitt said. “We also want to build on the success of the wildly popular Springtime Bunny car parade and the Independence Day Scavenger Hunt — we are continuously looking for ways to bring fun and togetherness (if socially distant) to the community!”

People looking for virtual events can check out the Virtual Community Center newsletter. 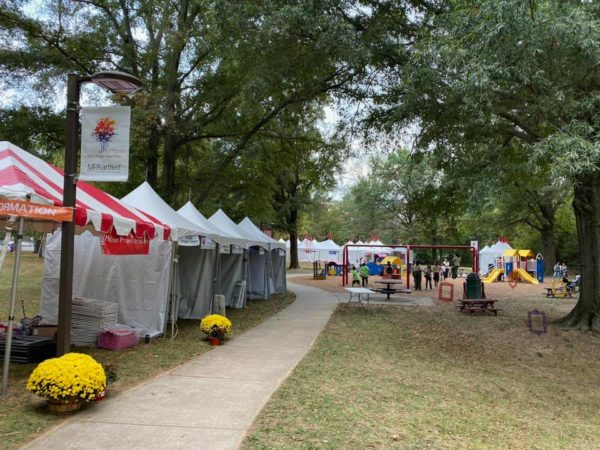 The McLean Project for the Arts is looking for artist submissions for its upcoming festival in October.

MPAartfest is a free one-day festival in McLean that features a juried fine art show and sale. Attendees can enjoy the work of visual artists, along with mini art galleries, live music, food from local restaurants and activities.

The McLean Project for the Arts wants interested artists throughout the mid-Atlantic region to apply by June 15. Artists will keep 100% of the sales, according to a press release.

To apply, artists will need to submit an application with a $35 fee. If selected, the artists will pay a $350 participation fee.

While the festival is free, donations and funds raised during the event support MPA exhibitions and programs. 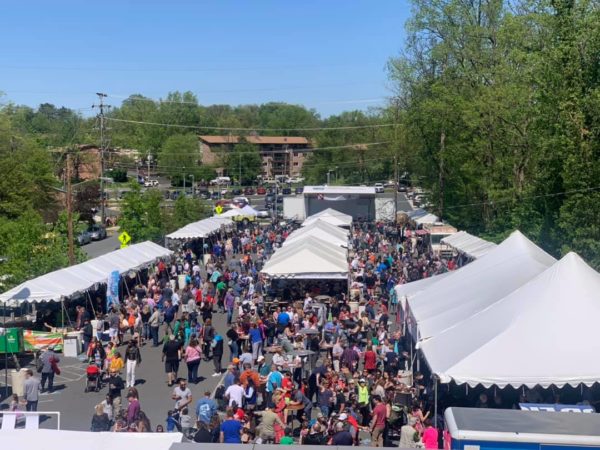 The annual Taste of Vienna has been canceled to curb the risk of spreading the coronavirus.

In past years, the festival has brought community members together to try bites of food from various local restaurants, chains and food trucks. The event helps raise money for the Vienna Volunteer Fire Department, which hosts the event.

Taste of Vienna announced the cancellation on Facebook on Monday (March 23).

“Our top priority is the safety of all of our participants and attendees, so based on the recommendations of health authorities, it is with a heavy heart that the Vienna Volunteer Fire Department has canceled the Taste of Vienna,” the Facebook post said.

Now, the Facebook page is showcasing every day different vendors who had signed up for the festival.

Photo via Taste of Vienna/Facebook 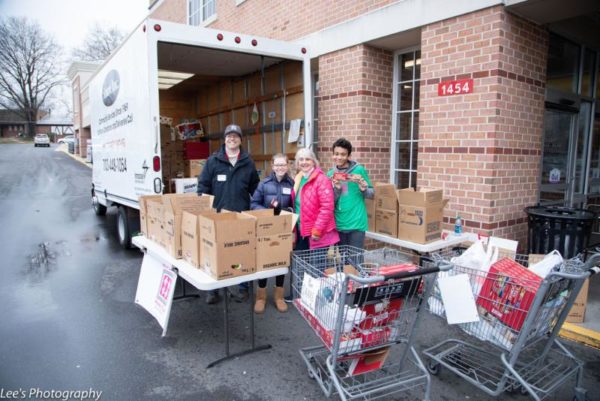 Updated 3/10/2020 — The NoVa TEEN Book Festival was canceled Tuesday (March 10) due to the recent spread of the coronavirus in the D.C. area.

The NoVa TEEN Book Festival Committee said in a statement the festival will come to Marshall High School on March 20, 2021. 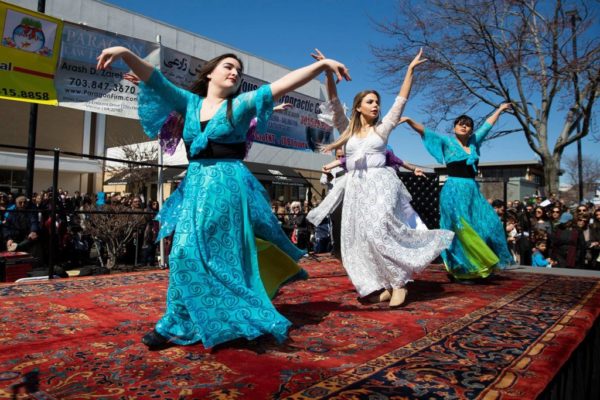 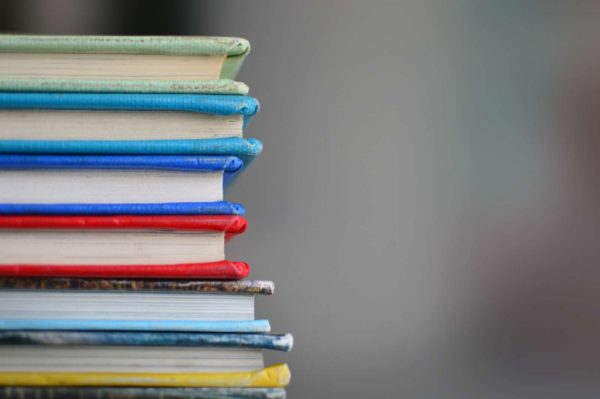 (Updated 3/10/2020) The annual NoVa TEEN Book Festival has been canceled due to the recent spread of the coronavirus in the D.C. area.

The free festival was originally set to feature 35 bestselling and new young adult authors, like Alechia Dow and Kristen Simmons, and Brigid Kemmerer, the author of “A Heart So Fierce and Broken,” will provide as the keynote speaker on Pi Day (March 14).

The NoVa TEEN Book Festival Committee said in a statement today (Tuesday) that the festival will return to Marshall High School on March 20, 2021.

“With the recent spread of COVID-19 to the Northern Virginia, Maryland and DC Metro areas, we are unable to ensure that all of our authors, volunteers, exhibitors, staff and attendees will be safe at the festival this weekend,” the statement said.

The committee said that the cancellation of this year’s festival will “have a significant impact on all of our amazing authors” and urged people to connect with authors online and “share their books as widely as you can.”

The committee also encouraged people to buy books from Arlington-based One More Page Books, which was set to sell signed books at the festival.

“The NoVa TEEN book festival ordering pages will stay up to help you to discover new authors and explore their fantastic books,” the statement said. “One More Page will be giving away free [advance reading copies] and swag with NoVa TEEN orders as long as supplies last!” 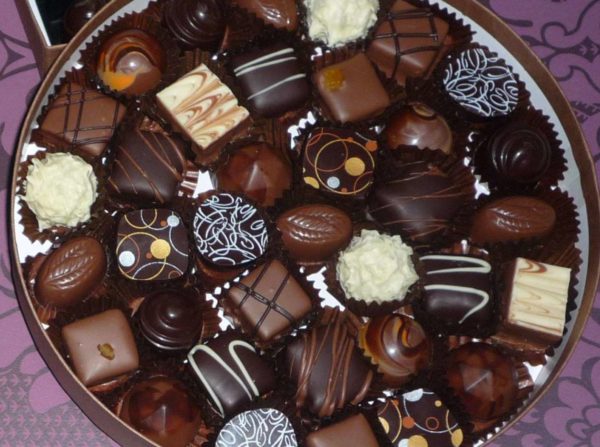 For the ninth year in a row, people can taste chocolate from local chocolatiers at an annual festival in McLean.

The McLean Chocolate Festival is a fundraiser for the Rotary Club of McLean — proceeds go to local organizations.

Last year, the festival raised more than $21,000 people and had more than 3,100 attendees, according to the website.

Attendees can expect a children’s game room and live entertainment. Admission is $2, but kids ages 3 and under can attend for free. 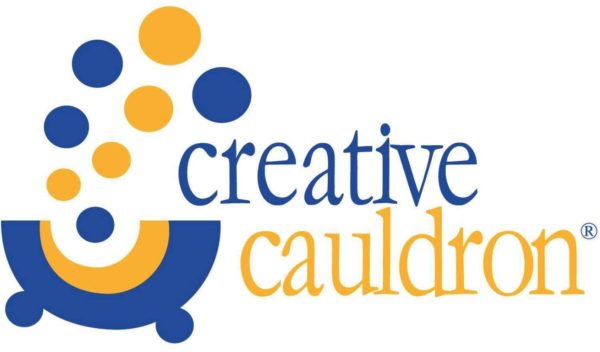