(Updated at on 2/14/2022) The doughnuts on display at Bubble Mochi in Vienna are recognizably doughnuts.

They’re adorned with frosting and toppings like sprinkles or cookie crumbles, depending on the flavor, and they come in a familiar ring shape, even if it more closely resembles a pearl necklace than a wedding band.

Located at 155B Maple Avenue West, Bubble Mochi sells bubble tea, yogurt smoothies, slushies, coffee, and macrons in addition to its signature doughnuts. It takes the place of Gem Tea, a cafe that had bubble milk tea and Asian street food.

It is currently in the midst of a soft opening, but a more official grand opening is expected to come in February, an employee told Tysons Reporter.

The bakery will also add new flavors in the coming weeks. Options available on a visit this past Saturday (Jan. 22) ranged from chocolate and raspberry to black sesame, soy bean, and cookies ‘n cream.

Bubble Mochi isn’t the area’s only purveyor of mochi doughnuts, which derive their unique flavor from the same glutinous rice flour that goes into the Japanese rice cake.

A chain called Mochinut boasts locations in the U.S., South Korean, and Thailand, including a shop in Annandale and one in Centreville that appears to have opened in October.

Correction: This article previously conflated Bubble Mochi with Donutchew, a different mochi doughnut franchise that is also planning to open a store in Vienna. 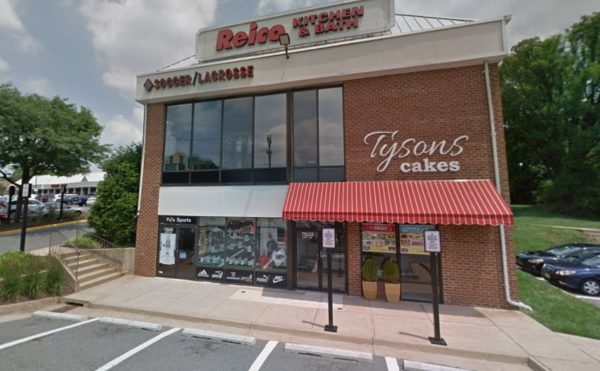 Tysons Cakes is no longer open along Leesburg Pike in the Tysons Station shopping center.

Gagliardi said that the bakery’s closure at 7500 Leesburg Pike a few months ago was unrelated to the coronavirus.

“Orange Theory Fitness will be using this space for their pre-sales area, as they are under construction across the street, and we have a permanent deal pending on this space following that,” she said.

The bakery used to make colorful cakes and still has photos from last year of cakes with unicorns, “Sesame Street” characters and even a wedding cake with Pikachus on its Facebook page. 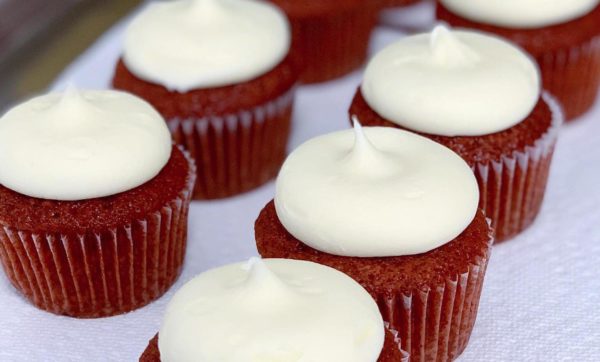 The eatery, located at 100 E. Fairfax Street, will offer two for $4 cupcakes and classic cookies, $3 lattes and $2 espresso or drip coffee from 3-5 p.m. every Wednesday, according to its Facebook page.

An employee said the location hopes the deals will drive more traffic towards the shop.

“We’re still growing in the Falls Church community and we thought this would be a fun way to get to know more of our neighbors,” a spokesperson for the shop said. “If the community enjoys it, we’ll expand the items offered and perhaps have it more days in the week.”

Foodies can only find the specials at the Falls Church location, not the Arlington spot, according to the employee.

“If it goes really well, we plan to do something similar in the Arlington location as well,” the spokesperson said.

Typically, cupcakes cost about $2.75 each, according to the website. The bakery also offers various types of bread, pies and vegan options. 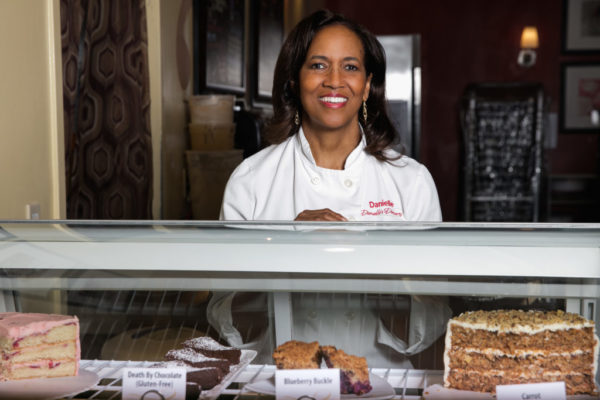 After almost 10 years of sweet service, the founder of Danielle’s Desserts has decided to close the bakery so that she can focus on her family and health.

Founded in 2010 by Danielle Poux, the bakery will serve up Southern-style desserts in Tysons Galleria until next Friday, Aug. 16.

“The business, as much as I’ve enjoyed it, has taken a physical toll on me,” Poux said.

Now that she is almost 60 years old, she said spending 14 hours each day on her feet isn’t healthy for her anymore.

After meeting with a few of her managers a couple of months ago, they decided that a closing date would allow current employees enough time to arrange other career opportunities while also adequately wrapping everything up on the business end.

When Danielle’s Desserts announced that it was going to close, Poux said that the shop received hundreds of phone calls from customers expressing their dismay.

Looking back over the last nine years, Poux said that she took requests from customers and made adjustments to her menu based on feedback.

Poux recalled when she received several requests from a man who wanted a basic yellow cake with chocolate frosting — an option she hadn’t thought to offer at first because she thought it might be boring. When she gave the cake a trial period, she said it “flew out of the shop” and became a bestseller.

“I think the important thing that I’ve learned, it has come to my attention, that we have had an impact on people,” Poux said. “It’s like being a part of their important family events — and that’s an honor to me.” 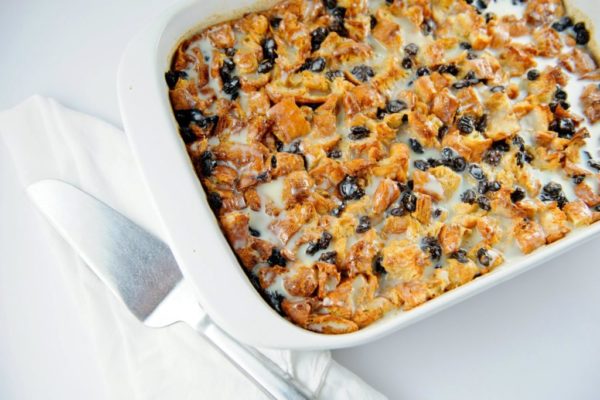 Danielle’s Desserts, a bakery in Tysons Galleria, plans to close in August.

An employee for the bakery said that it will close its doors on Friday, Aug. 16, at 1770 International Drive.

The bakery is located on the third level near Saks Fifth Avenue and is open from 10 a.m.-9 p.m. Monday-Saturday and noon-6 p.m. on Sunday, according to the mall. 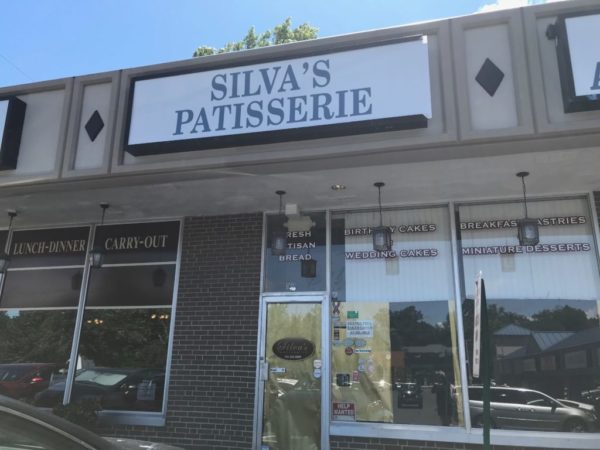 The Vienna Police Department got involved in a civil dispute between a local bakery and its landlord.

Last Friday (June 14), the property manager Glyndon Plaza reported to the police that the owners of Silva’s Patisserie had broken their lease by moving out of the rented space at 167 Glyndon Street SE.

“In the process, the owners took several items that the manager advised belonged to the shopping center,” according to the police report.

Police said the property manager intends to pursue civil action in the matter.

This past week, local crimes include a resident in the 400 block of Old Courthouse Road NE who reported to the police that someone had been continuously leaving tacks under her vehicle tires early in the morning throughout May and early June.

In a separate incident, police said that a woman went to CVS (337P E. Maple Avenue) and came back to find a note left on her car from a stranger, “who stated that he found her attractive and wanted to get to know her.”